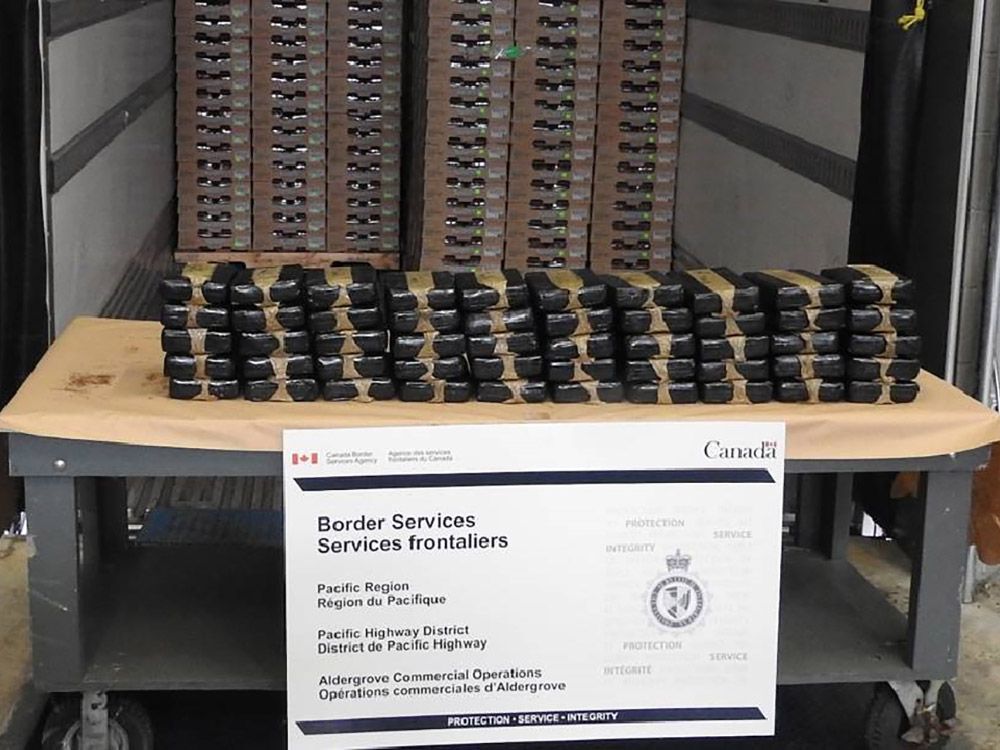 A truck driver crossing at the Aldergrove border last month was caught with 50 kilograms of cocaine and a kilo of heroin inside tampered pallets in the cargo hold.

The Canada Border Services Agency said the driver was questioned at the commercial crossing on June 3 before the vehicle was sent for a second look.

“During the examination of the truck’s cargo, officers observed that some of the pallets had been tampered with,” said the border agency in a statement.

The inspection led to the discovery of 50 brick-shaped objects suspected of being illegal drugs. The bricks were confirmed to be cocaine and heroin.

The evidence and suspect were handed over to the RCMP’s federal serious and organized crime team for investigation, which is ongoing.

“Illicit drugs have caused incalculable harm to our communities throughout the overdose crisis that continues to claim lives and impact families for years to come,” said Supt. Richard Bergevin, the officer in charge of the organized crime team.

“The RCMP are committed to working closely with the CBSA and their partners to detect, deter and disrupt the trafficking of drugs across our borders.”