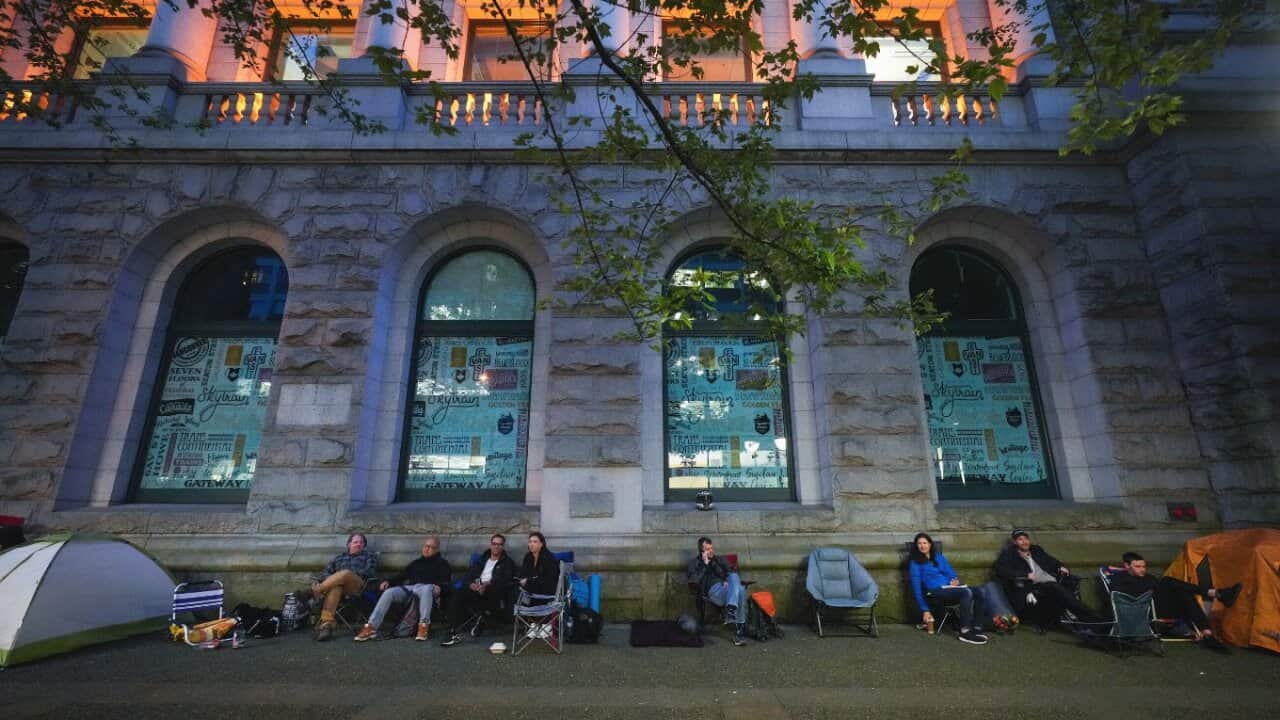 Canadians eager to travel following the lifting of COVID-19 restrictions are facing long waits to get a passport, with hundreds camped out for days in Montreal where police were called to tame the angry crowd.
Similar scenes have played out across the country, while delays at airport security checkpoints for flights have compounded public outrage.

“It’s just a disaster, you can’t call it anything else,” Cheikh Diop, 34, who waited almost 24 hours in the Montreal line to get his daughter’s passport told AFP.

“We waste time, we have no life. People need to travel,” he said, adding that the surge in demand should have been anticipated by the government.
Mylene Lemmel, 41, said she had “slept here, in the rain” to pick up her passport for a flight the next day.
She applied for the travel document in early April, and described the scene outside the Montreal office as “chaotic.”
“It’s anxiety-provoking, it’s not easy,” she said.

Some people said they were being paid by the hour to wait on behalf of others.

Police were called in to control the line that spilled onto a busy downtown street.
The minister responsible for passport offices, Karina Gould, has faced a barrage of criticism about the delays. The long lines, she told parliament on Thursday, are “not acceptable.”
She said that 1,200 new staff, as well as temporary transfers from other government departments would soon help reduce the backlog.
“People are excited to travel again and so I understand where this is coming from, and we’re trying to do everything we can to solve the situation,” Ms Gould said.

She noted that urgent requests for passports have jumped from about five percent of applications prior to the pandemic to almost 50 per cent now.

Ms Gould also said 85 per cent of applications are for first-time passports, which take longer to process.
Similar scenes played out in Australia earlier this month, .

The Australian government brought in an extra 250 staff to help with the backlog.