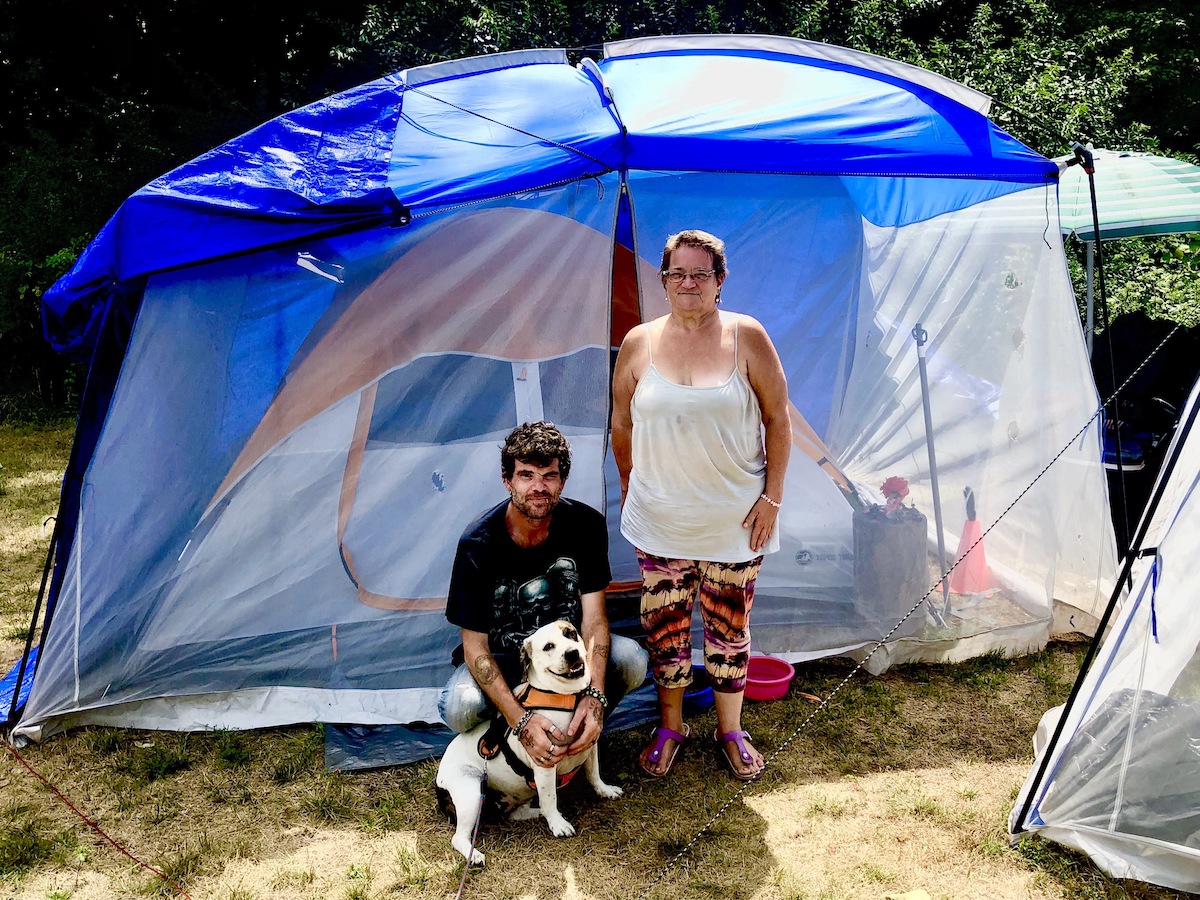 ‘There’s no place for you’

Housing advocates say the timing of this policy makes it particularly harsh.

The number of unhoused people across Montgomery County has risen by at least 118% from 2021 to 2022, according to the county’s 2022 Point-in-Time (PIT) count. According to the PIT, as of January 2022, 568 individuals were sleeping in one of the county’s emergency shelters (including hotel rooms paid for with public funding), transitional housing projects, or outdoors.

Of the 568 unhoused people, about 200 are based in Norristown, according to Mike Kingsley, the shelter and outreach manager at the Norristown Hospitality Center.

On top of that, the Coordinated Homeless Outreach Center — Montgomery County’s only 24/7 emergency housing service for single adults — closed on June 30. The organization tried to extend their lease to bid for more time to find a new home, but Norristown rejected the request. The land is set to be conveyed to Norristown.

Norristown is one of the poorest Municipalities in Montgomery County, rent is on the rise, and affordable housing is scarce across the suburbs. Many people in Norristown are on the brink of homelessness, Kingsley said. The Norristown Hospitality Center is “constantly” getting calls from families who say they are about to lose their apartment, he said.

“The timing of this is saying, even more … to people who are homeless: ‘There’s no place for you,’” Fenchel said.

In an opinion piece for the Times-Herald, Council President Lepera said unhoused people come into Norristown because of the number of social services in the municipality. He said municipalities need to start providing more services.

Housing advocates dispute Lepera’s claim, arguing that spreading social services to other areas in the county won’t mean that unhoused people will leave Norristown, since their ties to the area are strong.

Hakim Jones, a Norristown Council member who voted in support of advertising the ordinance, said he feels conflicted over the issue.

For Fenchel and Boorse, their question is: Once people are asked to leave a Norristown park, where can they go?

“They’re not actually allowed to be anywhere,” Boorse said.  And hiding in places such as the woods, which Boorse fears many unhoused people will do, can be dangerous.

“The policies of today are going to result in the tragedies of January, February,” said Fenchel, who pointed to places like Los Angeles, where unhoused people have been pushed to live in the Mojave desert. And when we see in the news people dying outside because they don’t have an opportunity to be safe enough, they’ll come back and they’ll say, ‘who failed?’”

A need for the “collective will”

Boorse says there needs to be more collaboration between the state, county, and municipalities to find a sustainable solution. A designated legal place for an encampment is a start.

Kingsley, of the Norristown Hospitality Center, would like the municipality to have  a “low-barrier” shelter, which would focus on harm reduction and remove things like sobriety and identification as a requirement.

“I believe that the only thing that will solve this is collective will to say, ‘it has to happen, and we have to, and we also have to do it together.’ So, arguing about who’s responsible for it diminishes our capacity to be collaborative and collectively get the job done,” Kingsley said.

Fenchel added, communities that want to see revitalization and economic development, like Norristown, are successful when they want to “bring everybody along,” including the most vulnerable populations.

As the ordinance in Norristown looms, Boorse said advocates and unhoused community members are ready to push back.Source link