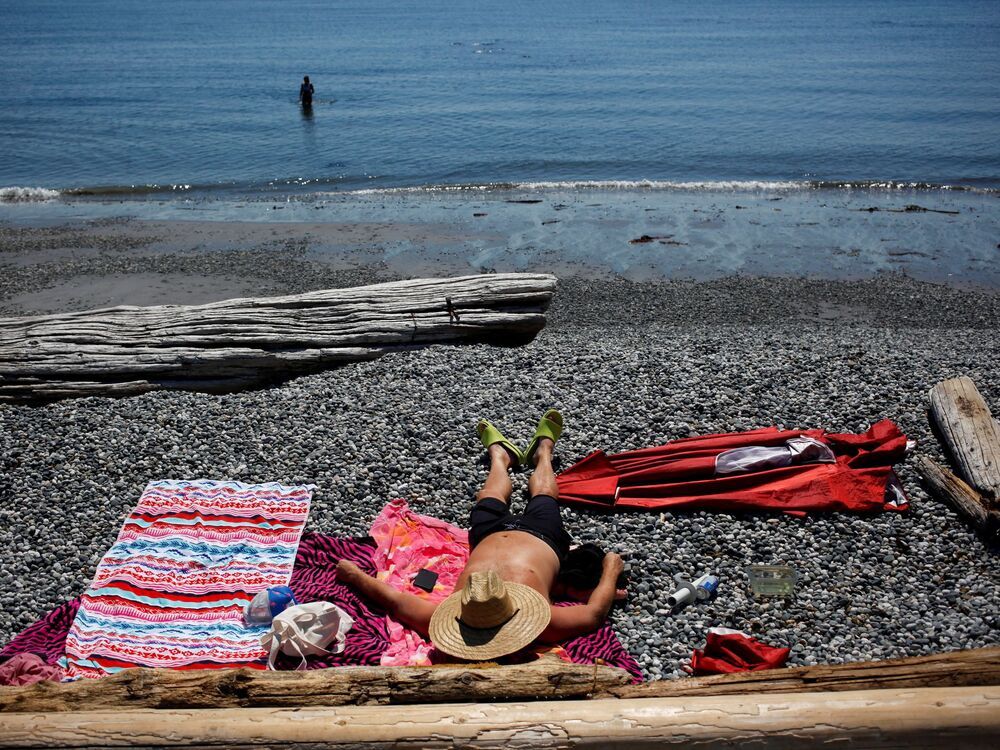 Municipalities and health officials are stepping up preparations for the first heat wave of the year this weekend as B.C. marks the anniversary of an “extreme heat emergency” a year ago that killed more than 600 mostly vulnerable and elderly residents.

While the expected heat wave may not reach temperatures experienced last summer, more heat emergencies are likely in future, and B.C.’s seniors’ advocate says we may not be ready.

“We are better prepared, but are we sufficiently prepared? That has yet to be decided,” said Isobel Mackenzie.

The province has added heat conditions to its broadcast alert system over social and traditional media; Vancouver is opening more cooling centres; Surrey has launched an “alertable app” to warn of dangerous conditions; health authorities are stressing the importance of how to identify and respond to heat exhaustion and of making wellness checks; and many long-term care homes are installing air conditioning.

Most measures are in response to recommendations in a B.C. coroners’ report to prevent a repeat of the 619 deaths caused by a “heat dome” that brought 40-degree temperatures to much of the province from June 24 to 29 last year.

An extreme heat event or emergency is determined at different temperatures in five different regions. For instance, for the western part of Metro Vancouver, including Vancouver, the warnings are issued when two or more consecutive days of maximum temperatures are expected to reach at least 29 degrees and lows of at least 16 degrees, according to the province.

In the eastern part of Metro Vancouver, including Coquitlam and Surrey, the triggers are a high of 33 and a low of 17 degrees, in the southern Interior, 35 and 18 degrees, the Northwest, 28 and 13, and the Northeast, 29 and 14.

The top-tier warning is for an extreme heat emergency, like last year’s when the hot days were extended by a high-pressure system blocked by a jet stream. That leads to a “high certainty that temperatures would substantively increase day over day for three or more consecutive days,” the province said.

The previous extreme heat emergency was in 2009, when temperatures were five degrees lower than in 2021 and when there were 110 excess deaths over the summer in Metro Vancouver.

The province said extreme heat emergencies are expected to occur every three to 10 years by 2050.

After last year’s experience, the coroner made a number of recommendations to prevent another deadly season, including ensuring people have a way to stay cool inside their homes or in a cooling centre, and conducting proper checks on the vulnerable.

Mackenzie said the launch of a heat alert and response system is intended to ensure the province is better prepared for a rare extreme heat emergency. The province also said it would increase ambulance service staffing, which was overwhelmed by the volume of calls last year.

But she said the precautions recommended during the heat dome — drinking fluids, close windows during the day, conserve energy, seek shade, and avoid the sun — were not enough to prevent deaths because the high temperatures were sustained day and night for four days.

“A lot of things we recommended people do would have been sufficient during a heat wave” but were not in a heat dome, she said.

Mackenzie said loved ones or health-care or home workers had been in touch with most of those who later died, but they didn’t recognize the extreme danger the heat dome posed.

Heat-coping suggestions “work in a heat wave, but not in a heat emergency,” she said. “We need a better plan.”

New Westminster Coun. Patrick Johnstone said the city — where 33 people died during the heat dome and where firefighters were forced to call taxis to get patients to hospitals when there were no ambulances available — recognized the challenge of reaching all the vulnerable because of language or cultural barriers.

“How do you knock on someone’s door and tell them they have to leave?” he said. That part of the plan to respond to the next heat emergency is “still a work in progress.”

Seniors’ groups, such as the Brella Community Service Society in Surrey, have prepared for another extreme heat event by printing copies of a provincial preparedness guide to hand out to residents, said executive director Louise Tremblay in an email.

The coroners’ recommendations include health authorities identifying for home visits and contact during an extreme heat emergency those listed on chronic disease registries, with limited mobility or cognitive impairment, or who live alone. The messaging will be in multiple languages.

By the end of the year, the health ministry will review the issuing of cooling devices as medical equipment to those at risk.

Fraser Health said it advises residents before a heat event to be prepared to check in with family or friends, especially if they are over 55 or live alone; check on friends, family and neighbours; reduce the air temperature in residences; prepare to stay and sleep in the coolest part of the home; have a plan to leave if it gets hotter than 31 degrees; know where to get information about heat safety; and know the signs of heat exhaustion and heat stroke and how to respond.