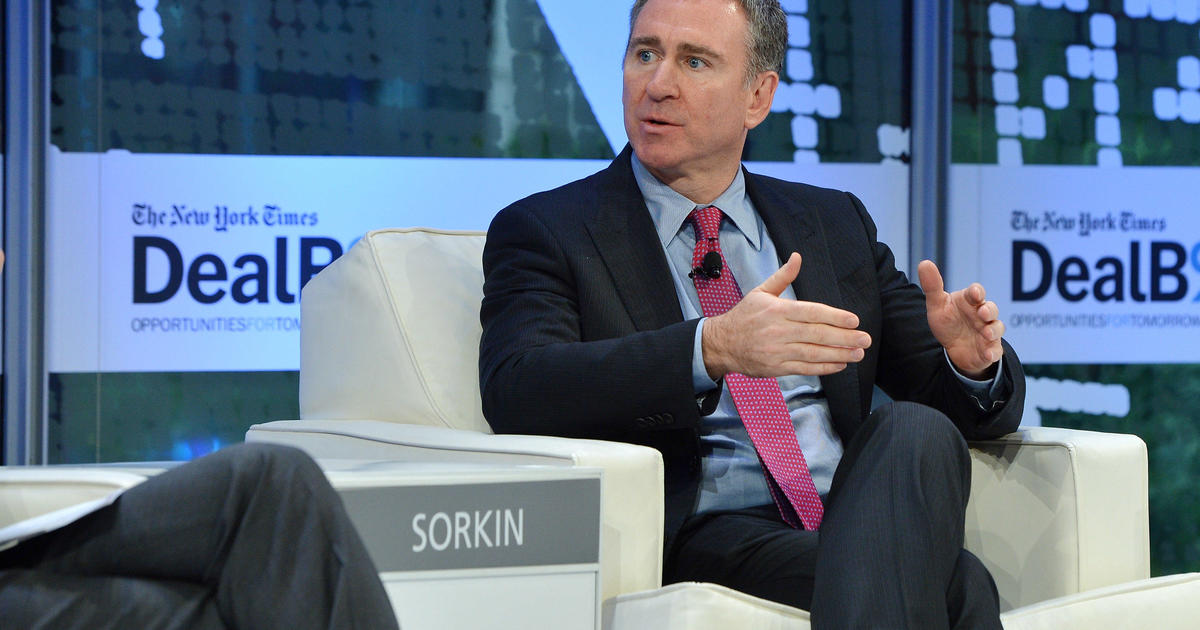 In a note to employees at Citadel, Griffin announced he already has moved his family to Miami, and will soon be bringing the company with him, though some Citadel employees will remain in Chicago.

“Chicago will continue to be important to the future of Citadel, as many of our colleagues have deep ties to Illinois. Over the past year, however, many of our Chicago teams have asked to relocate to Miami, New York and our other offices around the world,” Griffin wrote. “We recognize that the choice of where to call home involves personal, family, school and other considerations, and we will provide comprehensive support to meet the needs of our teams.”

A spokesperson points to Florida’s business-friendly climate and Chicago’s violence as reasons for the move, saying, “talent wants to live in cities where they feel safe.”

According to a company spokesman, Citadel has about 1,000 employees in Chicago. It’s unclear how many of them will be relocating.

Citadel Securities, a related e-trading firm also owned by Griffin, also will be making the move to Miami.

Griffin, 53, is originally from Daytona Beach, and went to high school in Boca Raton, but founded Citadel in Chicago 30 years ago.

Griffin has been a frequent critic of rising crime in Chicago, and that appears to be a factor in the decision to move Citadel to Miami.

Representatives of the company cited an attempted carjacking of Griffin’s car, a stabbing of a Citadel employee while walking to work, shoplifting in the neighborhoods where Citadel employees live, shootings near the homes of some employees, and mass shooting, riots, and looting near Griffin’s home in River North.

Political analyst Stephen Caliendo said it is not likely that the big business move has anything to do with Irvin’s campaign.

“The ultimate decision probably had very little to do with the gubernatorial election,” Caliendo told CBS 2’s Jackie Kostek. “I can’t imagine that the timing of it was placed really related to the election as much as taking the opportunity to talk about what it means that companies are moving out of Chicago a couple of days before the election.”

But Caliendo does believe Irvin – who has campaigned as a tough-on-crime candidate – will try to hammer home the safety issue, even after his big-time donor has moved out.

“I think what Richard Irvin will seize on is the earlier comments that Griffin made about crime in Chicago and that members of his team, his employees have been involved in crime; have been mugged,” Caliendo said. “People get mugged in Miami too. It’s nothing unique, but there is some political utility.”

So how does Chicago crime compare to Miami? We compared crime data over the past five years from both police departments, and found that per capita, Chicago far outpaces Miami in homicides, sexual assaults, and robberies, while Miami outpaces Chicago in aggravated battery.

Those moves have been offset to some degree by Tuesday’s announcement that Kellogg Co., the maker of Frosted Flakes, Rice Krispies and Eggo, would be splitting into three separate companies, with the largest of them, its snacks division, opening a headquarters in Chicago.

Nonetheless, Citadel’s move could prove costly, with a company spokesperson saying its principals and employees have generated “billions of dollars in tax revenue” for the city and state over the past decade.

Griffin also has donated more than $600 million to various charities and other organizations in Chicago and Illinois over the years, including $100 million in gifts he plans to announce in the coming days.

“Chicago has been a remarkable home for Citadel. I still remember the incredible civic pride and engagement when I arrived more than thirty years ago – and the outreach by business and political leaders who wanted us to succeed and be a part of the fabric of Chicago’s community. That ethos served us well in building our firm – and I am proud of all that we have contributed to Chicago over the past three decades. I hope we continue to make such a meaningful impact in all the cities around the world that we call home,” Griffin wrote.

In response to Citadel’s move out of Illinois, a spokeswoman for Gov. JB Pritzker said, “Countless companies are choosing Illinois as their home, as we continue to lead the nation in corporate relocations and had a record number of business start-ups in the past year.

“We will continue to welcome those businesses – including Kellogg, which just this week announced it is moving its largest headquarters to Illinois – and support emerging industries that are already creating good jobs and investing billions in Illinois, like data centers, electric vehicles and quantum computing,” Pritzker spokeswoman Emily Bittner said in an email.