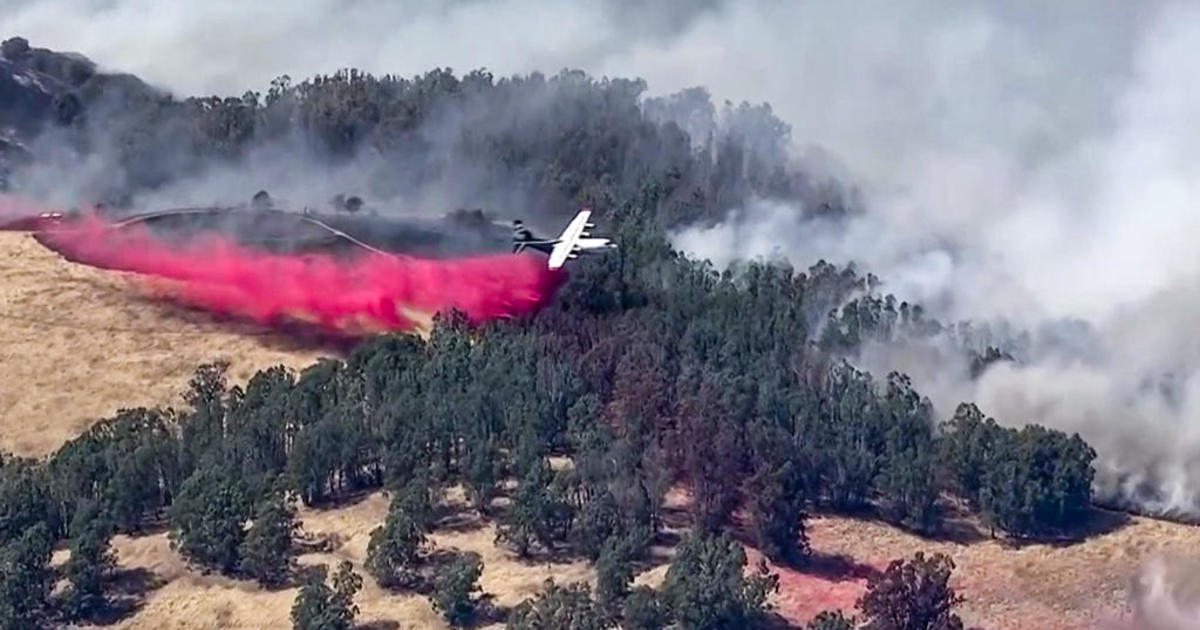 PORT COSTA (KPIX) — A fire threatened the town of Port Costa Thursday afternoon. The community’s volunteer fire department sprang into action to save their town but quickly realized they needed help.

The blaze dubbed the Scenic Fire ended up consuming about 140 acres. Firefighters have it contained and all evacuation warnings have been lifted.

The fire started around 2:30 p.m. Thursday at the Bull Valley Staging Area.

“That’s where it started and it was racing to the town of Port Costa. That was our initial concern,” said Steve Trotter with the Crockett-Carquinez Fire Department.

The first firefighters on scene noticed erratic fire behavior with the wind pushing flames and embers. The fire was burning in rough terrain with limited access.

The blaze quickly grew to  two-alarms.

“We don’t have a lot of resources. We have an all-volunteer fire department in town but we had it today though,” said Ron McKeever who calls himself the “unofficial mayor” of Port Costa.

Despite several competing fires burning out Thursday afternoon — including one just across the strait in Benicia — neighboring agencies and Cal Fire rushed in to help. Air support from Cal Fire helped to quickly extinguish the flames.

“I’m very thankful … I was trying to leave — they had bulldozers and flat bed trucks and everybody was coming through so it was great. They saved our town,” McKeever said.

Residents were put under an evacuation warning. All warnings were lifted in the early evening.

“I live in this building here … and the next thing is neighbors are, like, ‘we have to evacuate!'” said Scotty Hopkins. “These guys man, they did a great job.”

The cause is under investigation.