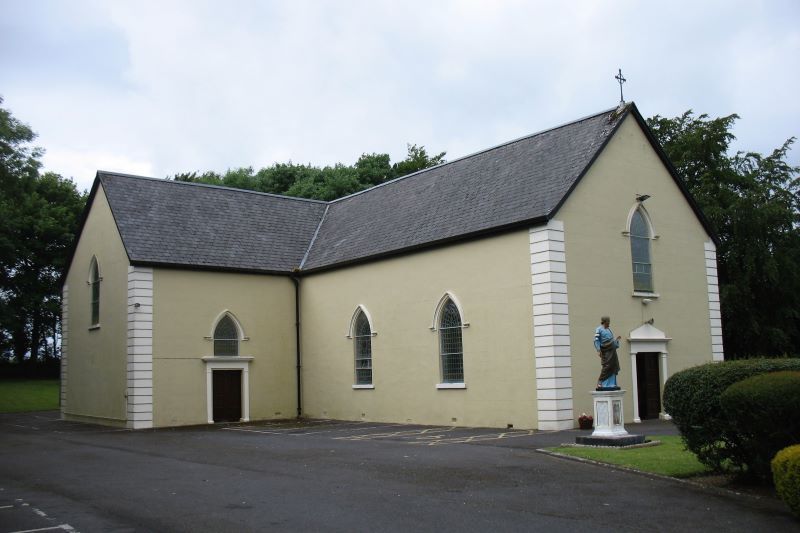 “Eucharist miracle Ireland,” one iteration of the post proclaims.

“The Indian Parish Priest put it into a small bowl of water to allow it to dissolve.

“Upon checking it sometime later he discovered the water was blood coloured.

“He added some more water and then later saw that the Host had taken on the appearance of bloody flesh tissue.”

(As per Catholic church guidelines, Eucharist that has been dropped on the ground should be dissolved in water and not be consumed.)

While several Irish media outlets have highlighted the possibility of a “Eucharistic miracle” in Co Mayo, one eagle-eyed Irish Catholic has pointed out how the post is misleading.

On his YouTube channel, Irish man Robert Nugent says that a simple ‘reverse image search’ on Google proves that the picture accompanying the viral posts isn’t new, nor is it from Co Mayo.

Indeed, the photo accompanying the recently viral posts about the Irish “miracle” can be traced back, in part, to a 2015 story from Crux Now which shows that the picture was actually taken at St. Francis Xavier Church in Kearns, Utah.

The seven-year-old article also says that the Diocese of Salt Lake City debunked the notion of the Eucharist being “bloody.” An investigation conducted by the Diocese found that the Eucharist “was left unprotected and unattended in a dish of water” for almost a week. With the help of a scientist, the Diocese determined the red “miracle” marking on the Eucharist was just “red bread mold.”

The Diocese further said the viral reports about a potential miracle in Utah “led to rash speculation about what caused the change in the color of the host,” which could very well be the case with St. Joseph’s in Co Mayo now.

While the photo in the recently viral posts is old and not Irish, Nugent told IrishCentral on Tuesday night that the story being shared about St. Joseph’s in Co Mayo does have some truth.

Nugent said a piece of Eucharist was placed in water to be dissolved after it was dropped during a mass at St. Joseph’s on June 15. The water turned red and the host developed clots, Nugent said.

He noted that while there were several witnesses, there were no pictures published of the Eucharist.

“Miracle or mold, the glass was definitely a red with liquid and the appearance of a clot,” Nugent told IrishCentral.

However, Nugent also provided email correspondence between him and the Aghamore parish priest, who told him that the recent incident “appeared to be a reaction of water and therefore, it’s not now considered a visible Eucharistic Miracle.”

Nugent acknowledged that the church “would need to do an independent investigation to determine if it’s mold (which can be red), or if it’s a miracle,” but said that the “phenomenon was real.”