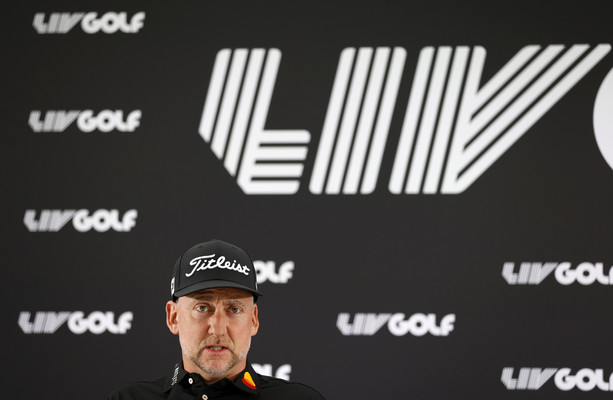 THE DP WORLD Tour have confirmed that players who joined the LIV Golf Series will be fined and suspended from future tournaments, including the Scottish Open in July.

In a statement, it was confirmed the rebels will be fined £100,000. Money raised from the fines will be added to prize funds for upcoming tournaments on the DP World Tour and distributed through the Tour’s Golf for Good programme.

Players like Ian Poulter, Lee Westwood and Sergio Garcia all joined the Saudi-backed breakaway venture at Hertfordshire earlier this month despite not having received releases to do so.

The players have also been suspended from participating in the following DP World Tour tournaments – the Genesis Scottish Open and Barbasol Championship (July 7-10) and the Barracuda Championship (July 14-17) and have been removed from the entry lists.

“Every action anyone takes in life comes with a consequence and it is no different in professional sport, especially if a person chooses to break the rules. That is what has occurred here with several of our members,” said Keith Pelley, Chief Executive of the DP World Tour.

“Many members I have spoken to in recent weeks expressed the viewpoint that those who have chosen this route have not only disrespected them and our Tour, but also the meritocratic ecosystem of professional golf that has been the bedrock of our game for the past half a century and which will also be the foundation upon which we build the next 50 years.

“Their actions are not fair to the majority of our membership and undermine the Tour, which is why we are taking the action we have announced today.”

Last month LIV Golf chief executive Greg Norman made a commitment for the organisation to pay any fines incurred by their participants.