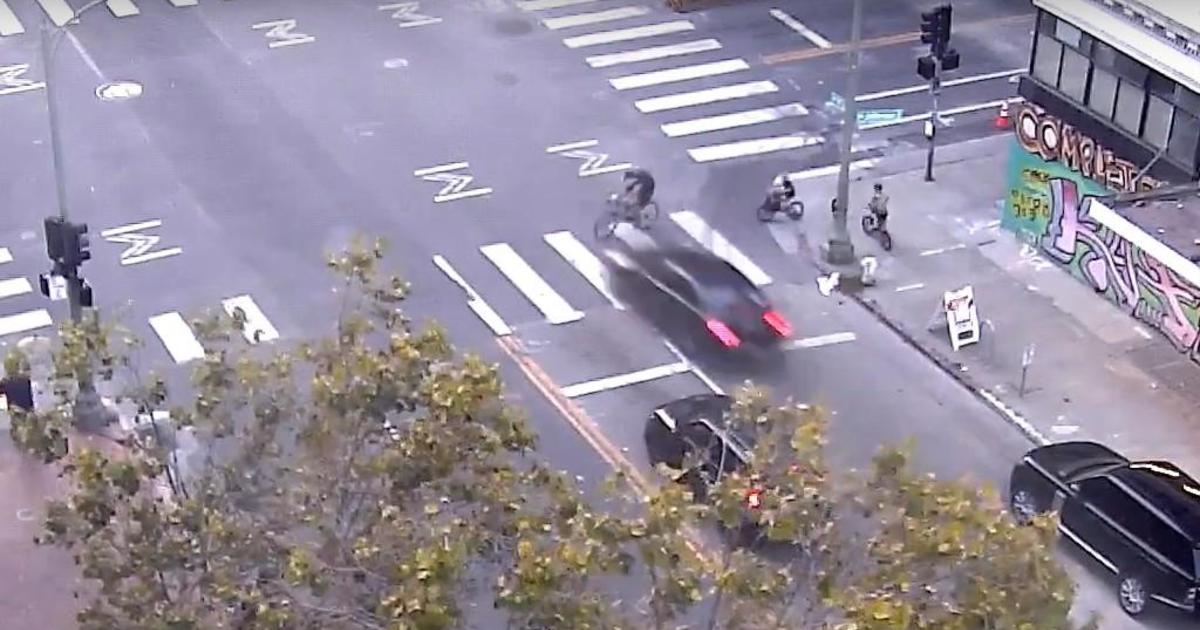 OAKLAND – Police in Oakland are asking for help in finding a driver suspected in a fatal hit-and-run that killed a man bicycling with his children in the city’s downtown last week.

According to officers, the hit-and-run took place at the intersection of 14th and Jefferson streets around 8:30 p.m. on June 16.

Officers said the victim, identified as Dmitry Putilov, was attempting to cross the intersection with his two children when a driver traveling at a high rate of speed struck Putilov. The driver did not stop and was last seen traveling westbound towards Interstate 980.

The victim’s children were not physically injured.

Putilov’s death comes just days before the City Council decided on the 14th Street Safety Project, which would repave the street, remove one lane of traffic in each direction, physically separate bikes lanes from vehicle lanes and make some pedestrian safety improvements, among other things.

On Friday, Oakland City Councilmember Sheng Thao took to social media to offer sympathy to the man’s loved ones and to urge action on street improvements.

“The death on 14th street was entirely preventable and speaks to the urgent need for projects like this,” Thao said on Twitter. “Nobody should fear for their lives while walking, biking, or driving on our streets.”

Earlier this week, the council approved the project.

Police describe the suspect’s vehicle as a black 4-door Infiniti.

A reward of up to $10,000 is being offered by Oakland Police and CrimeStoppers of Oakland for information leading to an arrest.

Anyone with information is asked to call the department’s Traffic Investigation Unit at 510-777-8570.