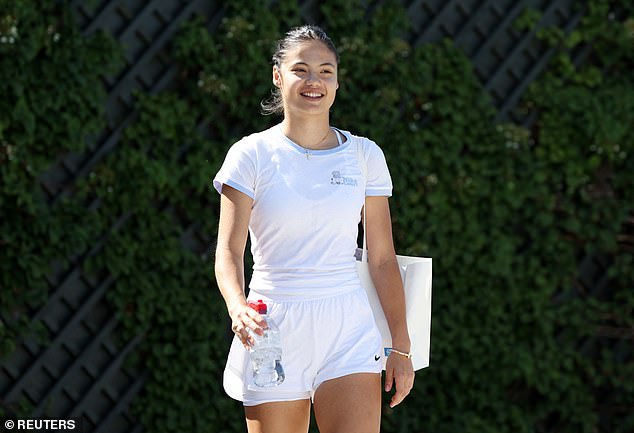 By Mike Dickson for MailOnline

Emma Raducanu is set to be in the Wimbledon draw on Friday as she continues to recover from a sidestrain injury.

The US Open champion has been practising consistently since Sunday and took a planned day off from training at the All England Club on Thursday.

However, she has booked in for two sessions at SW19 on Friday, with her representatives assuring that her Thursday absence was scheduled. 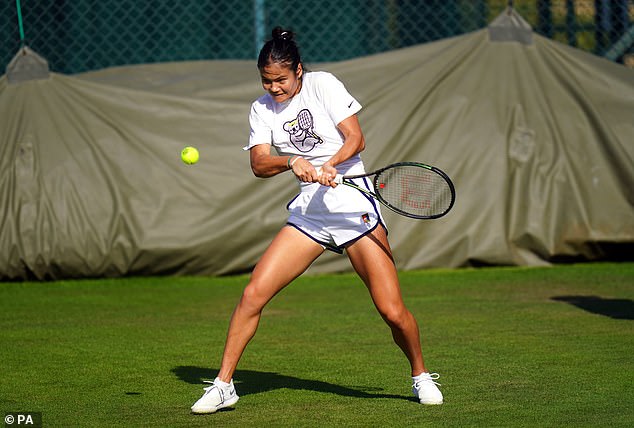 With Friday’s draw taking place at 10am it looks inevitable that she will take her allotted place in it as the No 10 seed. Her injury will continue to be monitored for any adverse reaction to the gradual build-up of work she has been doing.

Andy Murray will definitely be in the draw and is said to have made good progress this week with his stomach strain.

Meanwhile, Rafael Nadal and Matteo Berrettini made history on Thursday lunchtime by being allowed a 45-minute practice on the Centre Court, the first time this has ever happened on a Thursday before the tournament.

The idea is to slightly break in the surface and try to minimise the slipping and sliding often seen in the early rounds. 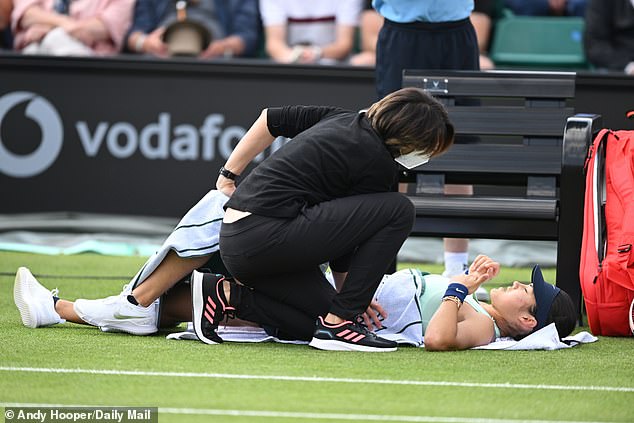