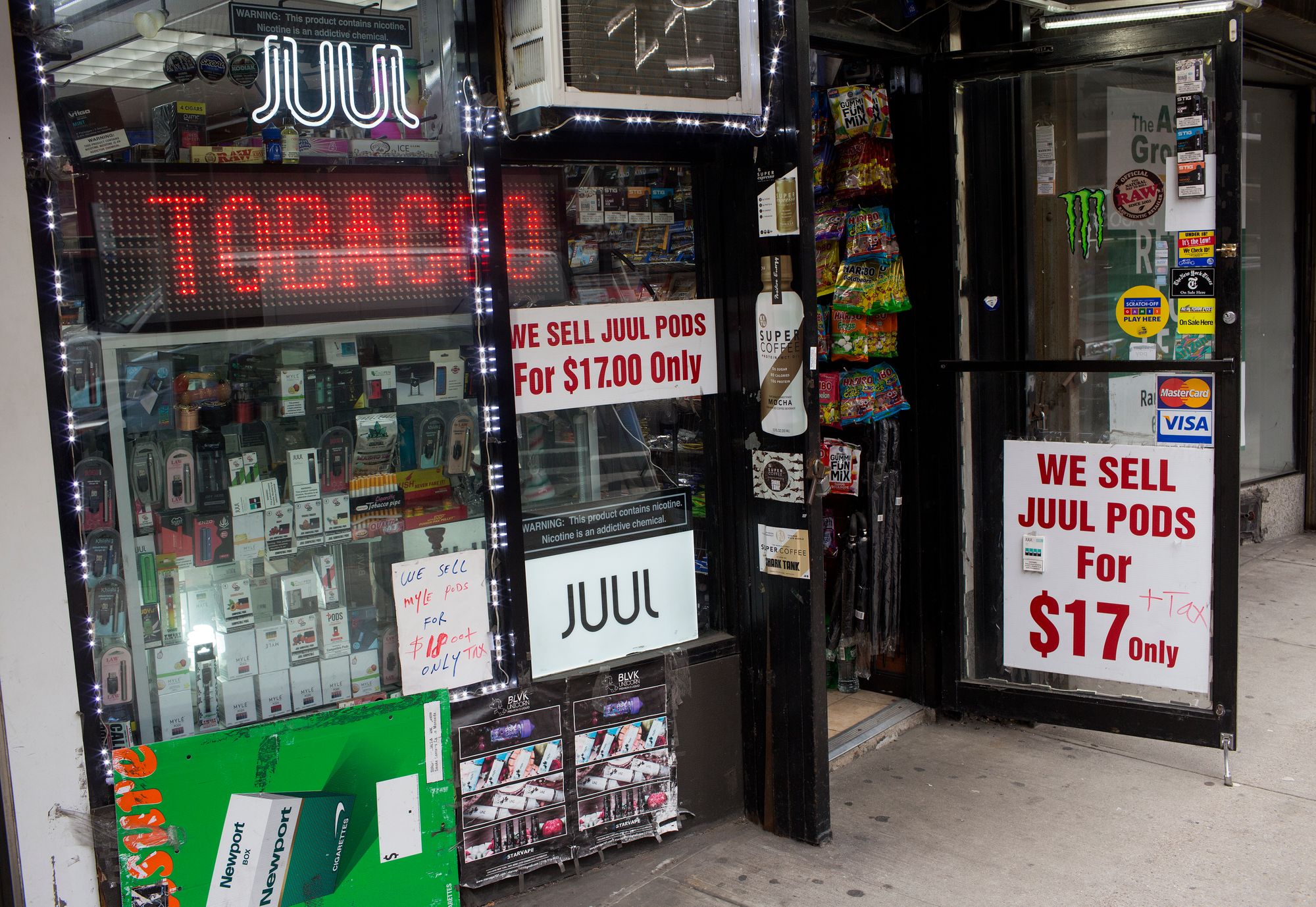 The formerly SF-based Juul has been ordered by the FDA to pull all of its products off U.S. shelves, as regulatory scrutiny of the vaping industry starts to kick in.

It was just three years ago, nearly to the day, that the ethically challenged SF e-cigarette startup Juul was throwing hundreds of millions of dollars around on new office space. But that was right before the city’s board of supervisors banned e-cigarettes and vape pods, forcing a Juul-sponsored ballot measure on which the vaping company spent an ungodly amount of money on before realizing they could not afford this and just abandoned the whole effort.

But San Francisco voters upheld the vaping ban, Juul skipped town, and now their downward spiral is complete. The Associated Press reports that the U.S. Food and Drug Administration has ordered all Juul products off U.S. shelves, saying that the company’s claims that their vape products help ween smokers off cigarettes are suspect, or even outright bogus.

“Today’s action is further progress on the FDA’s commitment to ensuring that all e-cigarette and electronic nicotine delivery system products currently being marketed to consumers meet our public health standards,” FDA Commissioner Dr. Robert Califf said in a statement. “The agency has dedicated significant resources to review products from the companies that account for most of the U.S. market. We recognize these make up a significant part of the available products and many have played a disproportionate role in the rise in youth vaping.”

Juul’s whole argument has always been that their products help smokers quit. But the FDA is now requiring vape and e-cigarette companies to actually prove this with clinical data. And Juul’s data was, in the eyes of the feds, “insufficient and conflicting.”

Moreover, there’s no denying that Juul did explode in popularity among teens. And come on, they were caught buying ads on Nickelodeon, Cartoon Network, and in Seventeen magazine, so it is rather specious to argue that the teen vaping was an unintended side effect.

Everyone at Juul headquarters is SCRAMBLING to figure out how to make a gun you can vape.

This is probably going to be cast as a Biden nanny-state crackdown, but the reality is that the feds were slow-footed on regulating e-cigarettes and are just now getting around to scrutinizing that industry. Juul was surely that most aggressive during the early, anything-goes days of vape marketing, and it caught up with them. Other nicotine vaping products are still legal (though you still can’t  buy them in SF… unless they are for vaping cannabis!).

It’s a little ironic that the pandemic was a huge financial hit for the vaping industry. As the AP points out, there was “a drop of nearly 40% in the teen vaping rate as many kids were forced to learn from home during the pandemic.”

And Juul has gotten killed in market share since their pre-2020 heyday. The AP says that 2021 data “showed Juul was the fourth most popular e-cigarette among high schoolers who regularly vape.” Though they add, rather discouragingly, that “The most popular brand was a disposable e-cigarette called Puff Bar that comes in flavors like pink lemonade, strawberry and mango.”

So what happens now? Juul is required to pull their products, and stores cannot carry them. But possession of Juul products is not illegal. The FDA says they “cannot and will not enforce against individual consumer possession or use of JUUL products or any other tobacco products.”

As of three years ago, Juul had begun selling its products in China and more than a dozen other countries, and selling online as well.