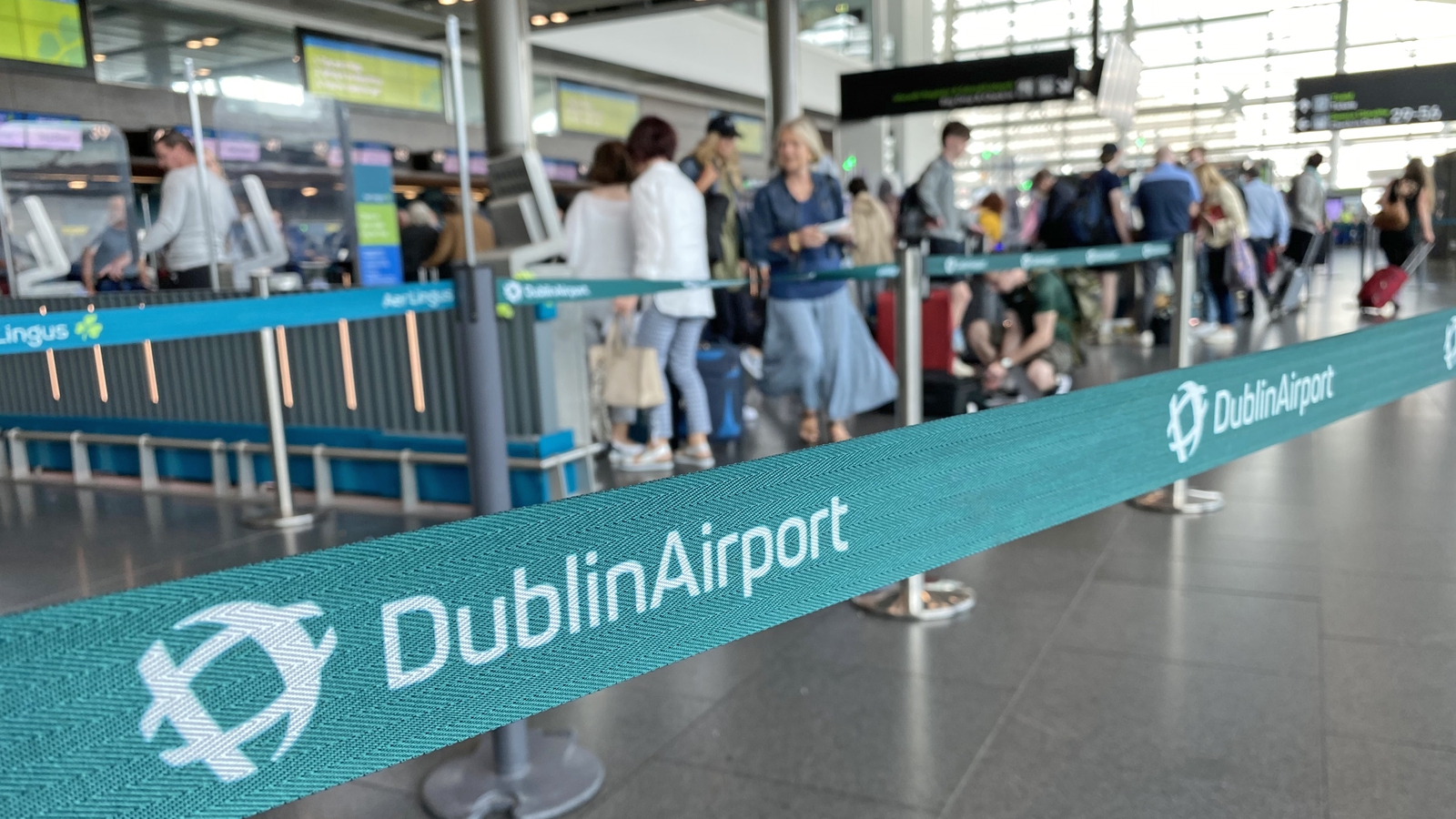 Dublin Airport is expecting its busiest weekend since before the pandemic, with more than 200,000 people expected to depart from there between now and Monday.

Airport operator daa said more than 50,000 passengers a day are expecting to be leaving Dublin today, tomorrow, Sunday and Monday.

It said 51,000 people flew out of the airport yesterday and that operations “flowed well”.

The daa said most people cleared security in less than 45 minutes, with the exception of a short period in the middle of the afternoon when queuing times approached an hour in Terminal 1.

It said that were some issues with bag drop and check in services operated by airlines.

As its busiest weekend pre-Covid begins, its advice remains for those travelling on short haul flights to arrive two-and-a-half hours before departure.

It said those travelling long haul should arrive three-and-a-half hours before departure and to add up to an hour to their arrival time if they are checking a bag.

Earlier this week, a group representing major North American airlines called on the Ministers for Transport and Tourism to take urgent action to deal with the recent delays at the airport.

Airlines for America, which represents American, Delta, United and Air Canada, said hundreds of their passengers have faced delays and missed connecting flights as a direct result of departure delays.

It warned that the situation will become even more urgent during peak summer travel season.