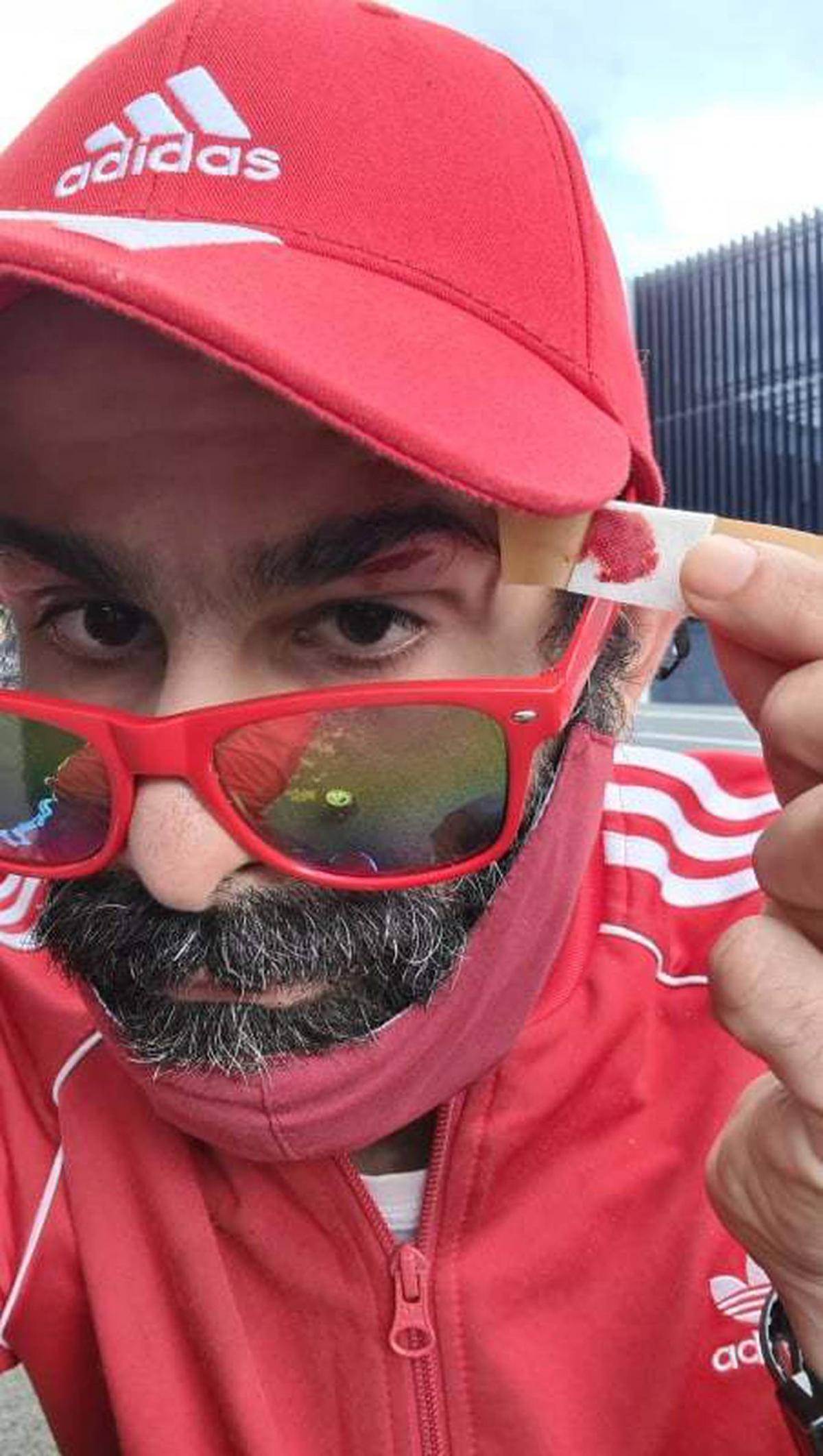 A deaf man was assaulted in a brazen, unprovoked broad daylight attack in Auckland’s CBD this week and his family are urging the public to help identify his attacker.

Police have echoed that appeal and said that they are increasing foot patrols in the area after growing concerns about the safety of the CBD following a rise in anti-social behaviour.

Video shared online by his family shows the incident outside the Countdown Metro supermarket on Victoria St West in the CBD around 2 pm on Tuesday afternoon.

Amir Jafary, 44, who was born deaf and has Asperger’s Syndrome, was filming outside the supermarket when he was hit from behind.

Video shows a man picking up a large metal post being used to rope off the queue for the supermarket and striking Jafary directly in the head.

Video then shows Jafary stumbling into the supermarket to ask for help, groaning from the pain and unable to communicate, as others attempt to explain to staff what happened.

Jafary’s family told the New Zealand Herald that he was filming a video for social media, using sign language, when the attack occurred.

They said that sharing online videos was one of his main hobbies and that he had been telling his viewers about the Covid controls at the supermarket at the time he was attacked.

They said he had initially been reticent to tell his family what had happened and that they were shocked when they finally saw it, saying the attack was “gut-wrenching”.

His worried family told the Herald that he was shaken up and emotional and could not understand why he had been attacked.

Responding to online speculation that the attack could be connected to the regular presence of the homeless outside the supermarket, Jafary’s family said they had no information on the attacker but queried whether the attack could have been driven by the incorrect assumption that he was in a gang, as he was dressed head to toe in red.

They described Jafary as “a bit of a showman” who “likes dressing up”.

Speaking of the attacker, his family said: “At the end of the day it happened, he used a weapon and assaulted a disabled person – and that’s not okay”.

They said that Jafary has so far been unwilling to go in for medical treatment and had just “whacked a plaster” on his head wound.

They wanted him to seek further advice and have his injuries examined.

They said it wasn’t the first time that Jafary, who lives in the CBD, had been targeted.

“He’s an easy target for opportunists really,” his family to the Herald.

A Countdown spokesperson told the Herald that their staff didn’t directly witness this incident, but immediately provided first aid to Jafary and called emergency services.

“Because of its central location our Victoria Street Countdown store often has people sitting outside it, and as long as they are safe and not causing a public disturbance, we respect their right to share public space,” the spokesperson said.

“All of our team are trained on what to do to keep themselves and our customers safe, and will alert the police or other emergency services if any situation arises that they need assistance with.”

Inspector Marty Brown, the Area Prevention Manager for Auckland Central Police, told the Herald that they were investigating the assault.

“At the time the report was first made, the offender had already left the area and due to other demands in the area at the time, Police were not immediately able to attend the scene,” Brown said.

“This would have been an extremely distressing situation for the victim and a number of inquiries are already under way into this matter.

“Police have subsequently taken a statement from the victim and have obtained CCTV footage for further inquiries. Area inquiries were undertaken yesterday.”

Brown said that police were focusing on that specific area of the CBD as part of an increase in foot patrols to tackle the city centre’s increasing problem of anti-social behaviour and offending.

Police encourage anyone who may have witnessed the assault or have information that may assist their inquiries to contact them on 105 quoting the file number 211125/5883.