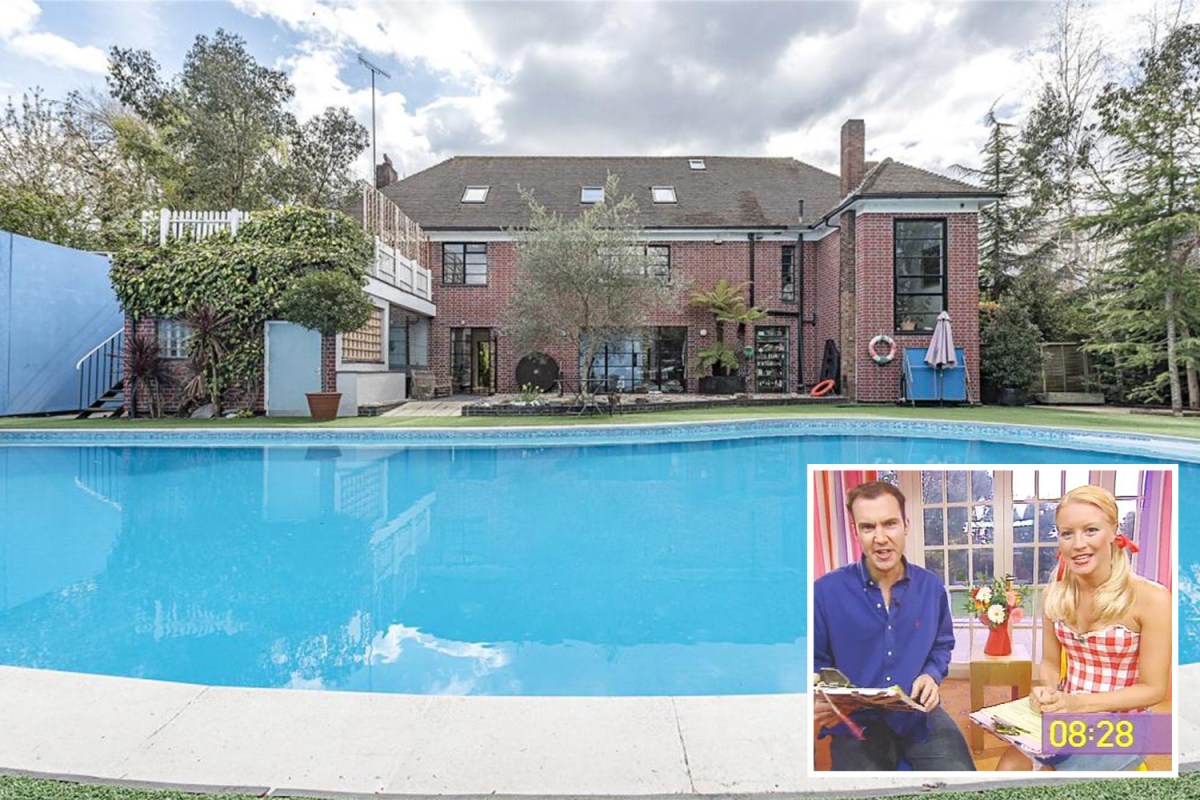 THE house where The Big Breakfast was filmed has gone on sale for £4.6million – but it looks completely different inside to on TV.

Fans of the cult 90s telly show won’t recognise it as it has been completely refurbished and modernised.

The six-bedroom mansion – set in just under half an acre of land – was up for sale just over a year ago, but failed to sell.

So the owners have knocked whopping £1.15millon off the original asking price of £5.75million from last October.

It may tempt a superfan of the breakfast favourite – with TV stars Chris Evans, Johnny Vaughan, Denise van Outen and Kelly Brook among its presenters – to put in an offer.

It is located on a canal in the shadows of the London 2012 Olympic Stadium – now the home of Premier League side West Ham.

The former TV studio – which also has three bathrooms – has been given modern decor, with steel staircases.

There is exposed brickwork in the living areas, plus slate finishes and bullet proof glass inside.

The pad, in Bow, east London is currently on the market with estate agent Hamptons and is advertised on Rightmove.

The listing reads: “The original Big Breakfast house from the Channel 4 morning show sits on just under half an acre of land and boasts its own unique post code.

“Positioned on the Lock by The Olympic Park amidst a maze of canals, towpaths and waterways.

“The property is discreet, despite its imposing size and internal space amassing over 5,200 sq ft, the entrance is understated and onlooker’s views are obscured by the various mature trees shielding the property.

“It is detached, with a wraparound garden and the quadruple aspect means the property is flooded with natural light.

“The south facing front garden is accessed from the Canal, and measures 101 x 118 ft.

“There is also a rear garden with a 19m tear drop swimming pool.

“Sustainably renovated throughout to include beech wood and antique parquet, cast iron radiators, steel spiral staircases, impressive crittall doors and windows with slate finish, and bullet proof glass walkways, the house is a testament to recycling.

“The industrial kitchen was reclaimed and is open plan with the reception space. The majority of rooms have a beautiful vista of either the Canal or garden.

“There is a separate cottage which is currently tenanted and extensive work shop space.

“The property is regularly rented for shoots to production companies. A house more akin to the country sitting in the heart of East London, a one of a kind home.”

Light-hearted show The Big Breakfast ran for 10 years between 1992 and 2002 for two hours every week day.