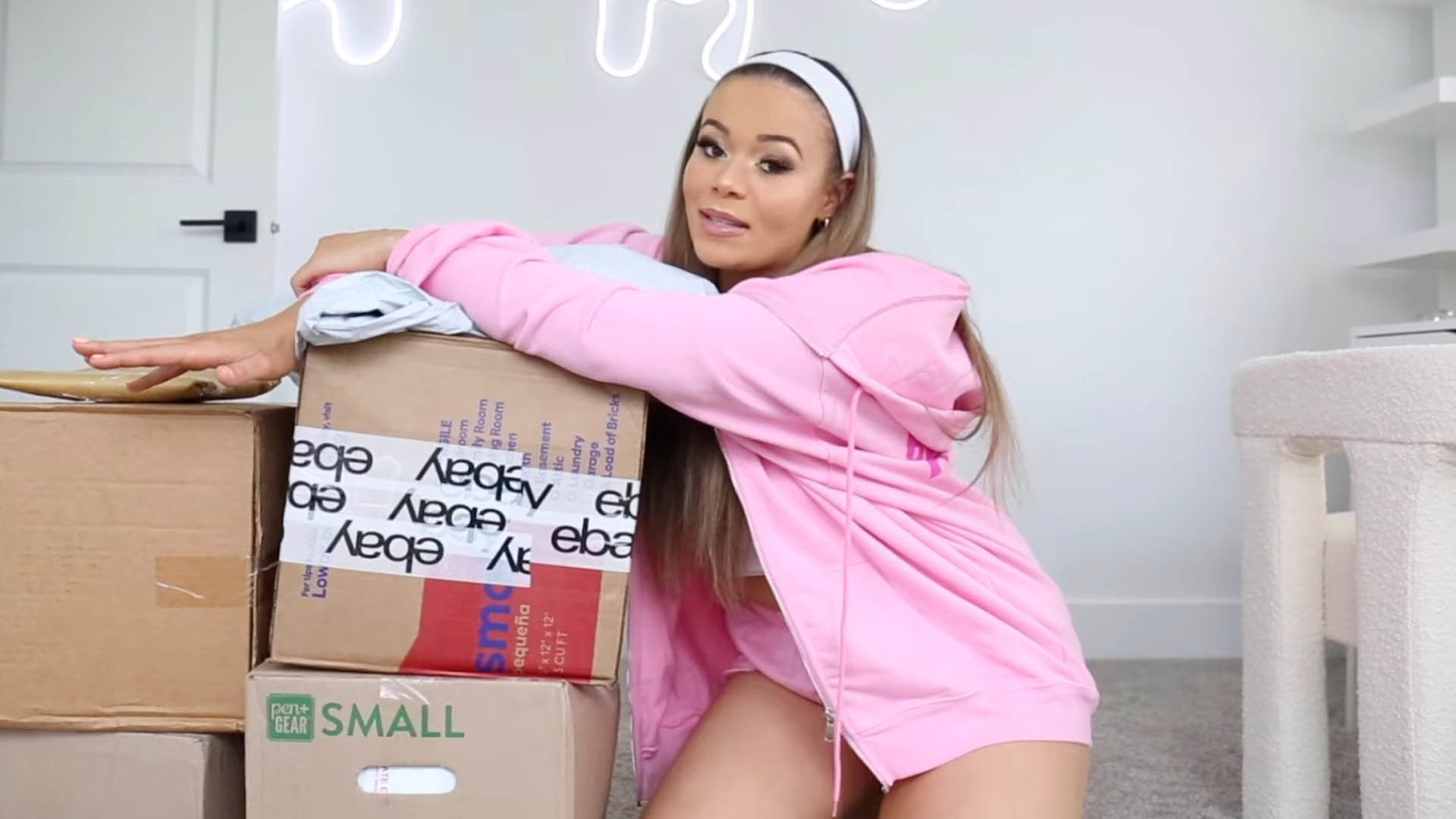 WHEN packages get lost in the mail, they don’t disappear forever – and eventually, someone else may get to buy them.

One YouTuber shared her recent experience purchasing $500 worth of lost packages from other shoppers who originally bought from eBay.

Sarai Jones has 3.5 million subscribers on her YouTube channel.

Her story about taking home $500 worth of eBay packages is already garnering a lot of attention.

She explains: “Lost packages end up at a mail recovery center. If a postal service package hasn’t been claimed within 30 to 90 days, it’ll most likely be auctioned off or donated.”

She attended one of those auctions and took home several boxes filled with mystery items.

One of the first items she opens is a basic black-colored phone case which is worth $18.99 on Amazon.

The second box she opens is filled with tons of oversized dresses and shirts.

Sarai jokingly tries on one of the dresses from the box and does a twirl for the camera.

The next box she opens is filled with various items including a sound-activated disco light worth $5.25.

It also includes a six-inch studio light with a tripod that is also worth $5.25.

Another item she finds in the box is an LED car light worth $10.

Sarai also pulls out a $17.99 mullet-style wig from the bottom of the package.

Star Wars-shaped night lights that stick to the wall for $22.89 a piece were also in the box.

After opening every single package she purchased at the auction, Sarai adds up all the dollar amounts.

It turns out that she walked away with $850.17 worth of items after spending $500 at the lost packages auction.

People in Sarai’s common section on YouTube are highly amused by her intriguing shopping experience.

One person wrote: “Sarai, hear me out… Buy an abandoned storage unit!”

“I love these! I’ll watch as many of these videos as you’re willing to put out,” someone else added.