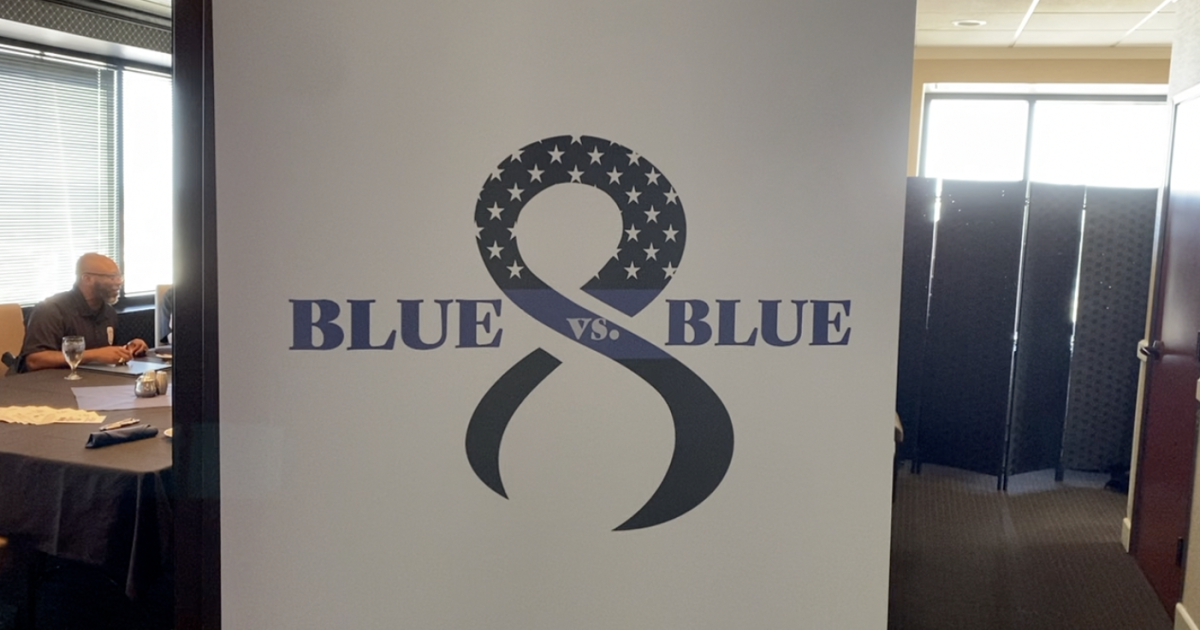 INDIANAPOLIS — “We’re all type A. We fix problems. Right? You come to us for help, but where do we go,” Brett Seach, a retired officer with the Indianapolis Metropolitan Police Department said.

An IMPD officer is on a mission to bring prostate cancer awareness to law enforcement agencies and the communities they serve across the country.

His personal experience inspired him to start a conversation about the disease. He learned how many of his fellow officers had been through the same thing.

When he was 38 years old, IMPD East District Officer Deon Harris received a call that changed his life forever.

“I was just getting home from court, getting ready for a trip the next day. I pulled up in my driveway. I saw the doctor’s office calling me, so I answered the phone,” Harris said. “I had no idea, because all I heard since I was going to the doctor, oh you’re too young for prostate cancer,”

“I did a biopsy and they found out that 80% of my prostate was full of prostate cancer,” Harris said.

Two months after his diagnosis, on December 4, 2014, he got his prostate removed.

Still in shock and dealing with lingering emotions, he returned to work and learned he was not the only one dealing with prostate cancer.

“I hear that I have cancer. I’m thinking, I’m going to die. I’m thinking, I got a year left on the department and I got cancer. My daughter’s 19, will I be able to walk her down the aisle,” Wyonne Hale, a detective with IMPD said.

“Prostate cancer doesn’t have an age. It affects the young as well as the old,” Edward Gurnell, a retired officer with IMPD said.

“No one talks about it. Men don’t talk about it. Fireman has a high number of cancer, first responders, and, police officers. So, I’d figure, I’d at least let people know I had it,” Seach said.

Harris said the more officers who came forward, the more they realized something needed to change. They formed the awareness organization, Blue vs. Blue.

“Up to 200,000 men throughout our country are diagnosed per year. One out of every nine are African American males,” Harris said.

Health care can be a tough subject for men, but doctors say early detection is key and can make the difference between life and death.

June is Men’s Health Month and Blue vs Blue has been spreading awareness and reaching officers from the Circle City, to Avon, and even Illinois.

“If we could save a life then it’s important. Very important,” Hale said.

“I didn’t understand. I was upset and depressed, I continued to ask God, what did I do? I can say that now, I wouldn’t change it because I can say, what I went through I’m now able to help save others,” Harris said.

“Blue vs. Blue” was formed just a few months ago.

Thursday, June 23, Harris is planning to meet with local doctors who want to help with their mission.