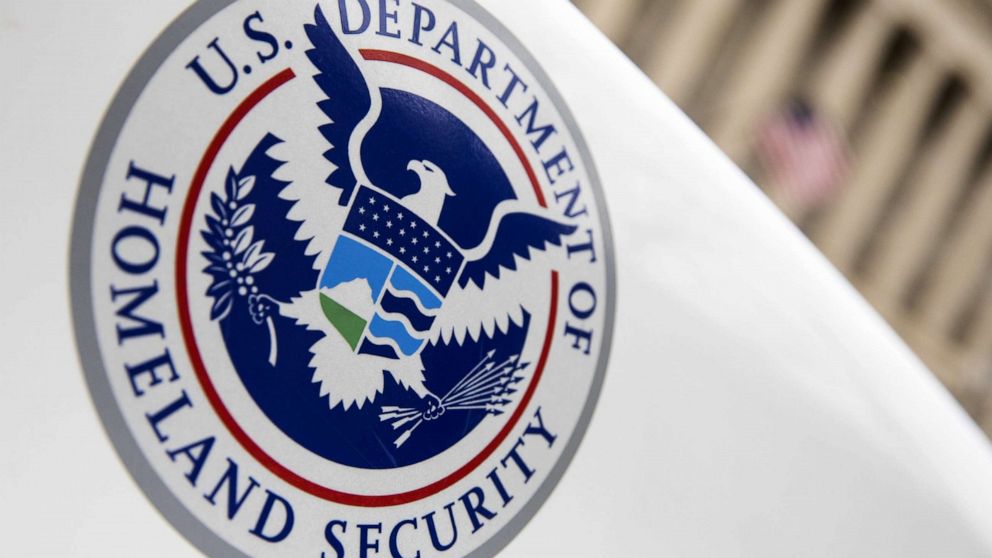 The Department of Homeland Security recently warned that the threat from foreign terrorist organizations and cyberthreat from adversaries like Russia, including election interference, will likely increase in 2022 according to an intelligence analysis obtained by ABC News.

The document, titled “Key Threats to the Homeland in 2022” and dated June 8, asserts that the greatest threat to the United States this year comes from lone wolf actors and small groups of individuals motived by a cadre of extremist beliefs like the alleged shooter in Buffalo, New York who is currently facing hate crimes charges for killing 10 African-American shoppers at a grocery store. Federal law enforcement agencies including the DHS and Justice Department have previously prioritized combatting domestic violent extremism since the start of the Biden administration.

But DHS also warned about the potential for a resurgence of foreign terrorism due to the relaxing pandemic travel restrictions and said they will be “highly visible” online — focused on messaging inspiring homegrown terrorism.

“Foreign terrorists probably will continue to hone their abilities to facilitate international travel, expand their networks, raise funds, and organize, ultimately to improve their ability to target the United States and the Homeland,” the bulletin says. “While some travel was very likely curtailed by COVID-19 travel restrictions, we anticipate an increased threat from these actors in 2022 as travel restrictions are relaxed.”

Some with terrorist connections may seek to travel to the United States and apply for tourist visas, DHS says.

“What this assessment reinforces is other intelligence indicating that the U.S. continues to experience unacceptable levels of violence by individuals inspired by extremist content promoted online by a diverse array of foreign and domestic threat actors,” said John Cohen, an ABC News contributor and former acting undersecretary for intelligence and analysis at DHS. “Law enforcement officials are particularly concerned about the potential for targeted acts of violence directed at law enforcement, election, other elected officials due to increase calls for violence by domestic violent extremists.”

Threats to the nation’s cyberspace stem from three countries according to DHS: China, Russia and Iran, according to the assessment. Russia will continue to target U.S. critical infrastructure through various cyberattacks and sow discord in the country as it has in previous elections, according to DHS, in some cases leveraging emerging technology like artificial intelligence.

“Russian malign influence actors likely will attempt to dissuade U.S. voters from participating in the 2022 midterm elections using similar tactics employed during the 2020 and 2016 presidential elections, such as targeting audiences with false information about voting logistics, exacerbating racial tensions, and levying attacks or praise on candidates from either political party,” the memo said.

“Russia probably could use emerging technologies to enhance its cyber and malign influence efforts when attempting to affect the outcome of U.S. elections. For instance, advancements in artificial intelligence allow for automated data analysis, classification, creation, and manipulation of digital content, which could be deployed in future foreign malign influence and disinformation campaigns.”

Russia, according to the Department, embeds intelligence officers “to establish front companies and recruit Russian emigres and American citizens to steal sensitive US academic, government, and business information.”

“It is a threat environment in which a diverse array of foreign and domestic threat actors use internet-based communication platforms to spread content intended to sow discord, inspire violence, undermine confidence in government institutions and achieve other illicit objectives,” Cohen, the ABC News contributor, said.

The department assessed that PRC-sponsored hacking compromised at least 30,000 organizations by exploiting an an email server, DHS says.

The malign influence campaign from China “use at least 30 social media platforms and more than 40 websites and niche forums in several languages, including English, Russian, German, Spanish, Korean, and Japanese, to target US audiences.”

Additionally, ransomware will continue to increase, according to DHS, because it has been profitable for cybercriminals.

“We assess that ransomware attacks targeting US networks and infrastructure will increase in the near and long term because cybercriminals have developed effective business models to increase their financial gain, likelihood for success, and anonymity,” the Department says.

The bulletin was first reported by the Daily Beast.