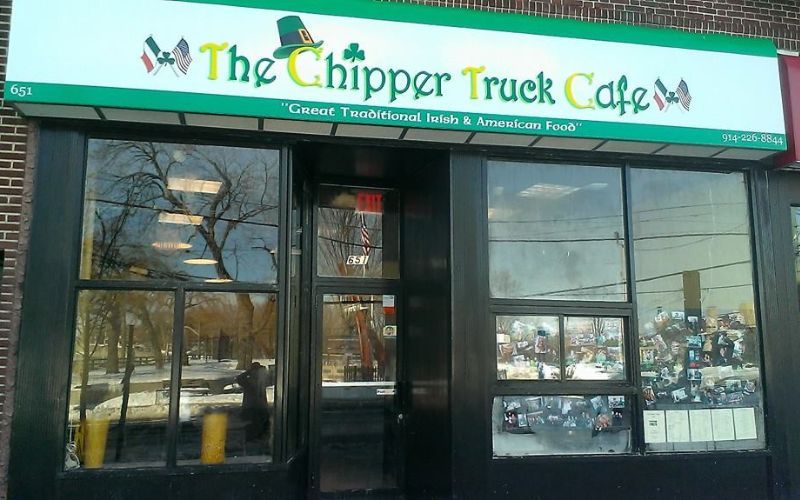 Alice O’Brien Bermejo, the Co Leitrim woman who owns The Chipper Truck Cafe with her husband Valentino, tells IrishCentral that she is “extremely proud” of her staff who sprang to action to help save a woman who was being held hostage on Sunday.

The Chipper Truck Cafe is the brick-and-mortar outpost of The Chipper Truck, which serves up everything from Irish sausage to mozzarella sticks to Club Orange to merrymakers and late-night snackers from its spot on Katonah Avenue, right in the thick of The Bronx’s predominantly Irish and Irish American neighborhood of Woodlawn.

The Chipper Truck is so successful that seven years ago, Alice and Valentino opened a permanent 24-hour cafe, the aptly named Chipper Truck Cafe, on nearby McLean Avenue in Yonkers.

This week, the already beloved Chipper Truck Cafe is earning new praise, and a sizeable reward, for its quick thinking in what could have been a tragic situation.

At about 5 am on Sunday, the cafe received an order via GrubHub for an Irish breakfast sandwich and a cheeseburger.

The order, however, had a concerning message added.

This morning around 5 am a girl was saved from a 5 hour hostage situation. She ordered a delivery through Grubhub to our…

The staff on duty contacted Valentino, who told them to cancel the order and contact police.

NYPD arrived at the address that was on the GrubHub order just after 6 am and rescued the woman who was being held against her will at a residence roughly three miles from the Cafe.

Staff back at the Chipper Truck Cafe, however, didn’t learn about the outcome of the frightening situation until the victim’s friend called to say thank you.

“We really had no idea of the gravity of the situation until after everything had happened,” Alicia Bermejo, daughter of Alice and Valentino, told ABC 7 News.

Now, GrubHub is set to reward the Chipper Truck Cafe with $5,000.

“They thanked us for what we did and thanks for paying attention to the notes, and for their appreciation they wanted to give us a reward,” Alice told ABC 7 News on Wednesday.

She added: “Right now my head is in a fog so I don’t know, but we could definitely use it, with everything that happened during the pandemic, it will definitely go to good use.”