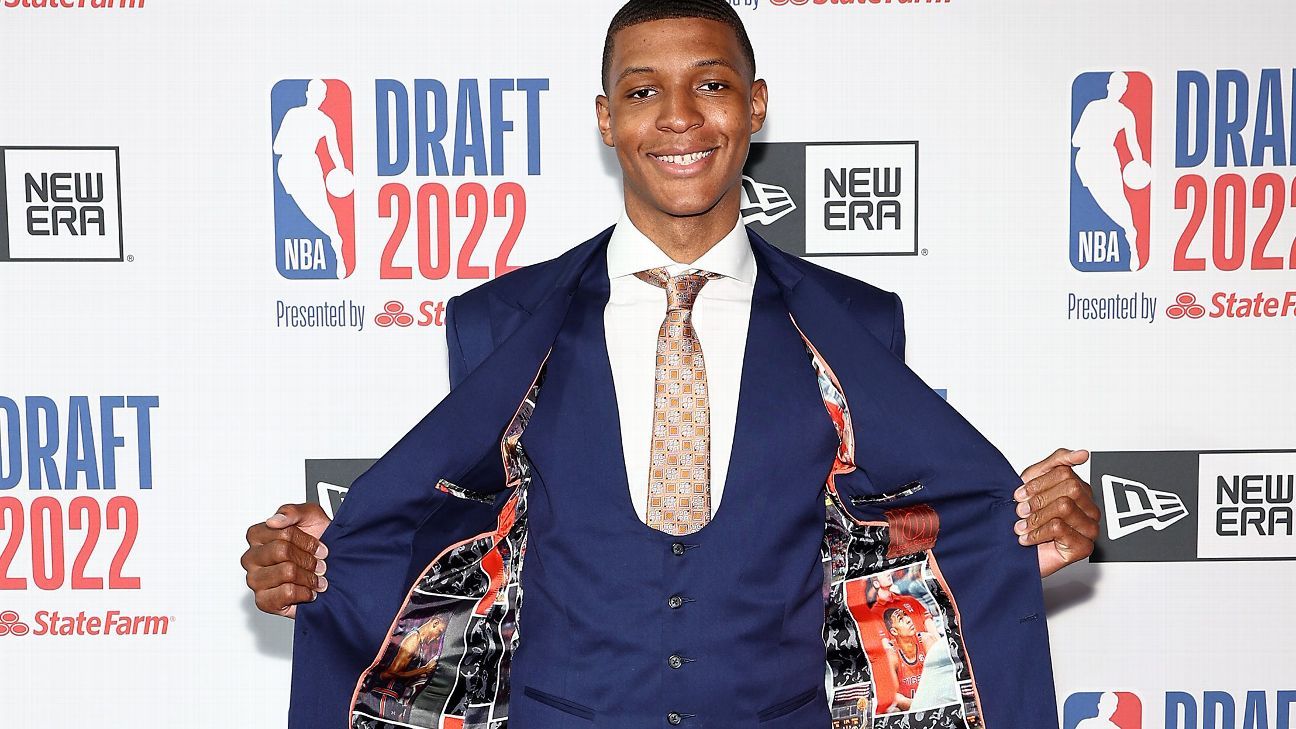 The latest crop of hoops prospects will find out their futures Thursday at the 2022 NBA draft.

The 2022 rookie class stepped out with stylish outfits for Thursday’s draft at the Barclays Center. Some of the prospects’ looks featured sleek suits, exceptional color coordination and intricate designs. Others showed off flashy jewelry, shades and other accessories.

Here’s a look at some of the best fits from Brooklyn, New York, at the NBA draft:

Gonzaga’s big man wore a black-on-black suit that featured a paisley pattern with velvet print. Holmgren also sported a chain with the numbers three and four displayed, an homage to his jersey number, “34.”

Chet Holmgren showed up to the NBA Draft in STYLE 🤩 pic.twitter.com/69hQclsR6a

ESPN’s projected first pick of the draft wore a suit jacket with several photos from his time at Auburn printed on the interior.

Davis wore colors reminiscent of his time as a Wisconsin Badgers star.

Hardy donned jewelry with significance behind it, along with an ivory-colored suit jacket adorned with multi-color gems.

Banchero’s teammate showed off his “Duke blue”-inspired suit and complemented the look with some icy neckwear.

The Auburn Tigers big man represented his alma mater with a custom interior design in his suit jacket.

The 2022 #NBADraft presented by State Farm is TONIGHT at 8:00pm/et on ABC and ESPN. pic.twitter.com/GZ9Y5eJfwb

Mathurin sported a red and black three-piece suit that was highlighted by its intricate design.

Similar to his peer above, Branham also wore an interesting pattern with black as the primary color, but silver served as the complementing color.