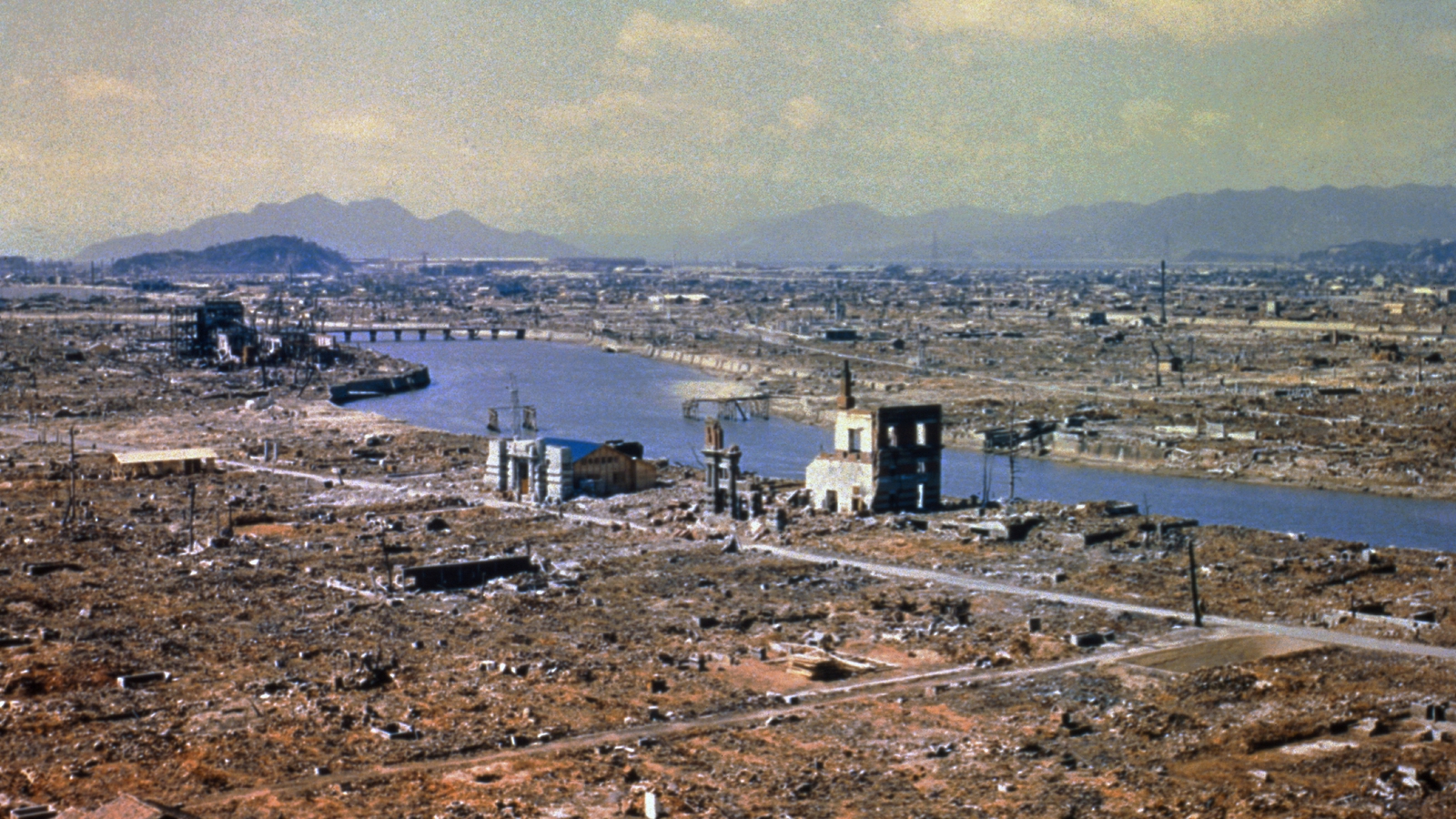 Around 50 people attended the annual commemoration in Merrion Square Park, in Dublin this afternoon for the victims of the US atomic bomb attack on Hiroshima on this day in 1945.

In his address, the Japanese Ambassador to Ireland Mitsuru Kitano expressed gratitude on behalf of the Japanese government for Irish nuclear disarmament efforts.

The ambassador said Japan was renewing its appeal to put an end to nuclear weapons.

“This year we have to take the situation surrounding nuclear weapons even more seriously than last year,” he said.

“This is a matter of concern for both Ireland and Japan,” he added.

“As you might know, Prime Minister Kishida’s constituency is the ground zero district of Hiroshima” he said.

The Deputy Lord Mayor of Dublin, Councillor Darcy Lonergan placed a wreathe by the small memorial at the foot of the cherry tree planted by the Irish Campaign for Nuclear Disarmament in the park in 1980.

This was followed by an observation of silence.

Poems were read by Eriko Tsugawa-Madden and music was provided by Máire Úna Ní Bheaglaíoch on the accordion.

The annual Dublin ceremony is held in memory of the estimated 140,000 people who lost their lives as a result of the blast on 6 August, 1945.

Three days later, a second atomic bomb was dropped on the city of Nagasaki and 80,000 people were killed.

Earlier, the Minister for Foreign Affairs commemorated all those who lost their lives in the bombings.

“We pay tribute to the dignity, courage and resilience of those who survived. We also recall the other victims and survivors of thousands of nuclear tests that occurred in the second half of the 20th century,” Simon Coveney said.

“Russia has threatened use of nuclear weapons in the conduct of its war of aggression against Ukraine,” he said.

“Russia’s nuclear rhetoric, as well as its reckless military actions in and near civilian nuclear facilities, are wholly unacceptable,” Mr Coveney added.

“The risks posed by these actions serve as an urgent reminder that the lack of progress on nuclear disarmament undermines global security,” he said.

Mr Coveney said it is vital that countries meeting in the framework of the Nuclear Non Proliferation Treaty Review Conference in New York, agree concrete actions on nuclear disarmament, including urgent action to reduce nuclear risks.

“We can delay no longer. These indiscriminate weapons, which threaten the safety of humanity and our planet, must be put beyond use. Ireland is ready to work with all states to progress this goal,” he said.

The Treaty on the Non-Proliferation of Nuclear Weapons entered into force in 1970.

It is the main international mechanism for controlling the spread of nuclear weapons, and contains the only multilateral commitment to nuclear disarmament in the text of a treaty by the five nuclear-weapon States – the US, UK, France, Russia and China.

This month, representatives of 191 governments including Ireland, meet in New York to review the Treaty’s implementation and chart the course for the way forward.