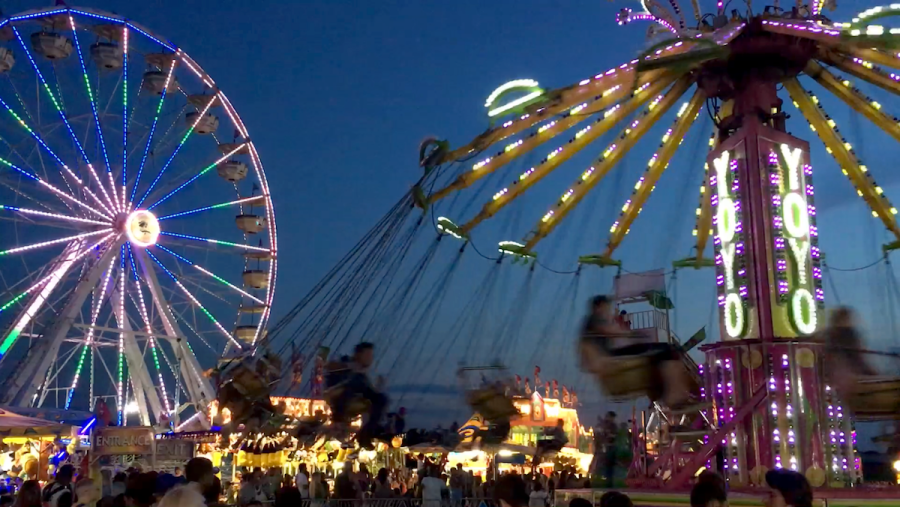 INDIANAPOLIS — Vendors at the Marion County Fairgrounds are putting the finishing touches on their amusement rides and food stands. The Marion County Fair opens tomorrow, June 24, at 5:00 p.m. and officials say there are several new additions this year.

“We’re in the final days of prep for the Marion County fair,” said Jeremiah Tevebaugh, Executive Director of the Marion County Fairgrounds & Event Center. “[Crews] are going through and checking all the safety precautions for the rides and we’re buttoning up all the security measures for entry to the park.”

Back in 2020, with one day to go, the Marion County Fair was shut down early after a large fight broke out and a crowd of juveniles rushed the fairgrounds gates.

According to the Indianapolis Metropolitan Police Department, it all started when deputies with the Marion County Sheriff’s Department were escorting three juveniles from the fairgrounds. As they were being escorted, police said 100 to 150 juveniles and adults reportedly rushed the fair’s admission gate and forced their way into the fairgrounds.


Fireworks 2022: Where to watch in central Indiana

Police say once inside, multiple fights began to break out and several shots were fired. Two people were hurt, five people were arrested and several guns were confiscated.

“We didn’t do the bag checks, the wanding, metal detectors and things like that prior to [the incident],” said Tevebaugh. “I was not here then. The background I come from, security is your number one priority. You got to make sure things are secure and people are safe in the park so that they can enjoy themselves.”

“We’re trying to discourage parents from just dropping their kids off at the gate and then picking them back up later. So they do have to be accompanied by an adult,” said Tevebaugh. “We had no conflicts or problems [last year] and it worked out pretty great so, you know, we prepare for the worst and hope for the best.”

This year’s Marion County Fair starts Friday, June 24, and runs through July 3. Gates will open at 5:00 p.m. Monday – Friday and at noon on both Saturdays and Sundays. Gates close daily at 9:30 p.m. but the fair will remain open each day until 11:00 p.m.