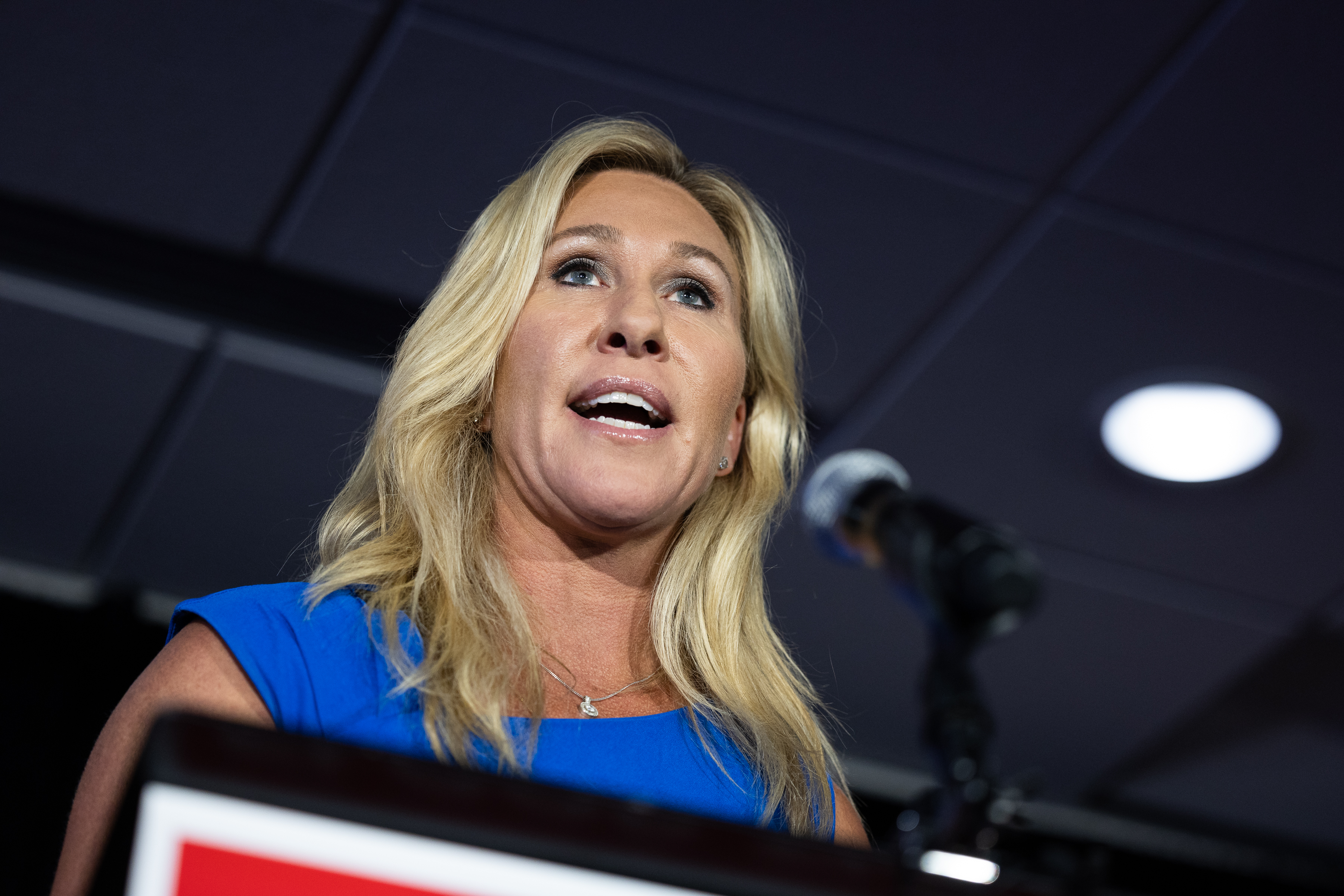 Georgia Representative Marjorie Taylor Greene clashed with a journalist over gun violence in America at a press conference and the video has gone viral on Twitter.

Greene was speaking during a press conference at the Capitol on Wednesday when she got into an argument with a reporter asking questions.

The British journalist, who hasn’t yet been identified, argued the U.K. didn’t have the same rates of murders as the U.S, as the pair discussed gun violence.

The dispute comes a day after the Senate took steps toward passing major federal gun safety legislation in the wake of the Robb Elementary Texas school shooting.

The shooting claimed the lives of 19 children and two teachers and has reignited the debate surrounding gun ownership in the U.S.

“When British press wants to argue about our God-Given American gun rights, my answer is: ‘go back to your own country,'” Greene wrote as a caption on the shared video. The clip so far has over 300,000 views.

“It’s our job to defend the Second Amendment, “Greene can be heard saying at the presser in the video.

The journalist replied: “We don’t have guns in the U.K., that is true, but we don’t have mass shootings either. And our children aren’t scared to go to school.”

“You have mass stabbings, lady. You have all kinds of murder and you’ve got laws against that.” Greene snapped back.

The reporter replied: “Nothing like the same rates here.”

“Well, you can go back to your country and worry about your no guns, we like ours here.”

Greene has regularly defended gun rights and argued against reform and often cited the constitution as the reason Americans have the right to own guns.

Earlier this month, the Georgia Republican attacked the GOP senators who had agreed on the gun reform legislation.

President Joe Biden welcomed the deal after 10 Senate Democrats and 10 Senate Republicans were able to agree on bipartisan legislation.

Hours after the news broke, Greene took to Twitter to attack Senate Republicans, apparently over their willingness to work with Democrats to pass legislation.

“The Senate Republicans are everything wrong in the GOP. Too many of them have helped Joe Biden pass his America Last agenda even more than the Progressive Democrats in the House,” she tweeted.

“The Republican Party needs a drastic identity change for America to survive. Or the GOP won’t.”

Graham was long seen as a Trump ally, but has more recently drawn criticism from the former president and his supporters. The South Carolina lawmaker is one of the Republican senators backing the bipartisan gun reform agreement.