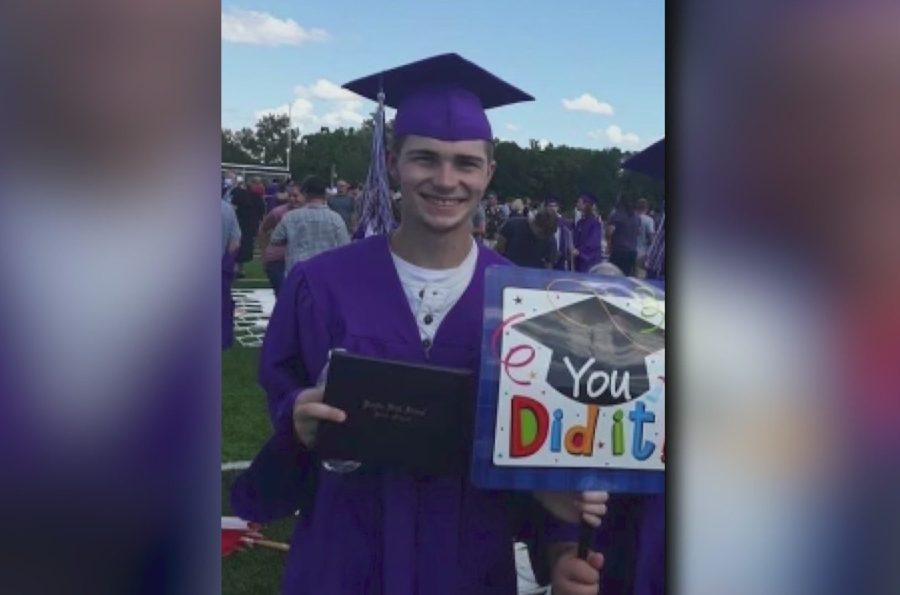 A 21-year-old Missouri man was giving his father roadside assistance along Interstate 44 when he was struck and killed by a tractor-trailer, KTLA sister station KTVI reports.

The incident happened before 5 a.m. Wednesday in the eastbound lanes of I-44, according to Corporal Dallas Thompson, a spokesman for the Missouri State Highway Patrol.

Noah Goodwin, of Villa Ridge in Franklin County, had parked his motorcycle behind his father’s pickup truck when an 18-wheeler approached and struck both Goodwin and the pickup.

Goodwin was pronounced dead at the scene. His 43-year-old father was taken to the hospital with serious injuries.

Thompson said the tractor-trailer continued eastbound and overturned on its side.

Investigators were not sure why the pickup stopped. They said their hearts and prayers go out to the victim’s family.

“It’s a tragedy anytime someone is seriously injured or killed on the roadway,” Thompson said. “But for a situation like this, where father and son was there, and the son was trying to help the father out. It’s especially tragic for that family and for the driver of the tractor-trailer as well.

“But it’s a constant reminder to us how dangerous these roadways can be, especially at nighttime. If your car becomes disabled or broke down, if you can get it off the roadway, that is the best practice to do in this situation here. We are not sure why he was not off the roadway.”