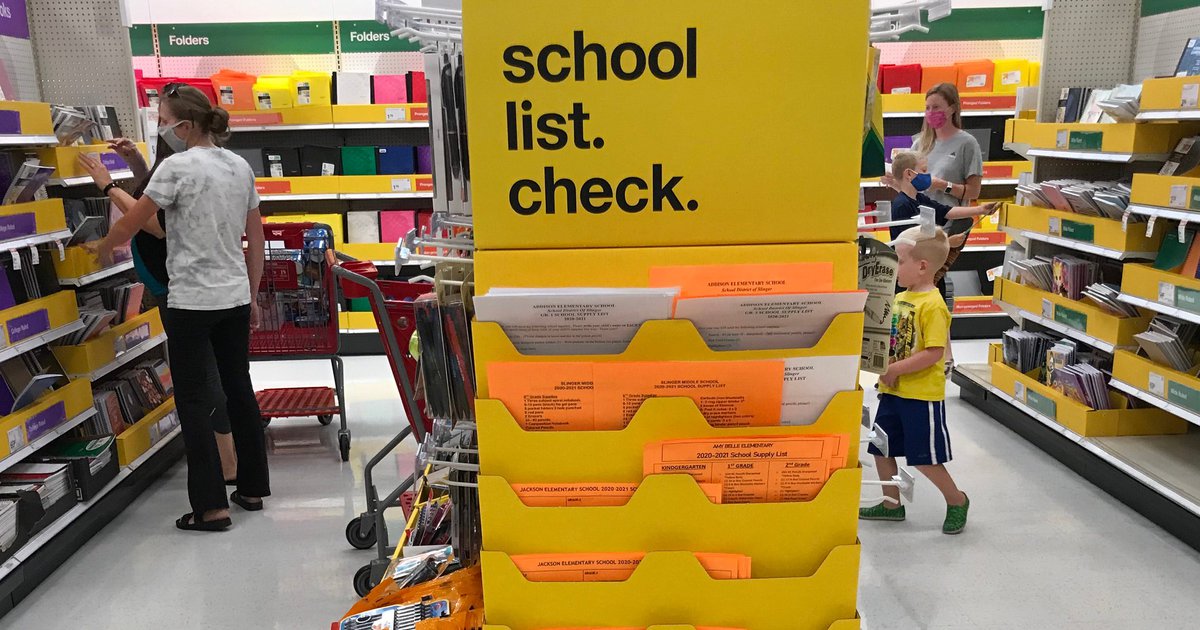 New Jersey Democrats, apparently aching to pitch an idea dumber than President Biden’s proposed gas tax holiday, last week announced they want to get rid of the state’s sales tax on some items as a “back to school” gift to New Jerseyans struggling with high inflation.

For 10 days starting Aug. 27, consumers would get a break from the 6.6% sales tax on select items under the plan. School supplies, art supplies, some computers, maybe televisions. It all sounds pretty up-in-the-air still, though we’ll find out more specifics as the Legislature races to wrap up the budget.

I don’t have children, so I asked my sister, a mother of two, what she spends on school supplies before the first day of school. She shared a chart her school sends parents that lists the cost of suggested supplies per grade, with the highest amount being for the second grade, $122.96. The sales tax savings on that would be eight bucks.

Even though my niece doesn’t need a computer – her school provides one – let’s see what adding a $1,200 laptop to that order would do. $87 in savings.

That’s enough to fill the gas tank on my car two times. I drive a Honda Fit.

The latest report from the feds shows prices climbing at the fastest pace in more than 40 years. Costs for grocery items like meat and poultry are up 14% from a year ago. Electricity costs have risen 12%. Gas? 60%.

I have no doubt the idea will help some people. Parents of multiple children who each need a host of different kinds of supplies for school, for instance – unless they decide to shop early or wait until after the first day of school to find out exactly what their kids need (the sales tax holiday would end on Labor Day).

But this plan is not a direct attack on inflation. It’s a stupid ploy to make voters think Democrats, nervous about an electoral wipeout in November, are doing something to attack inflation. Don’t do this.