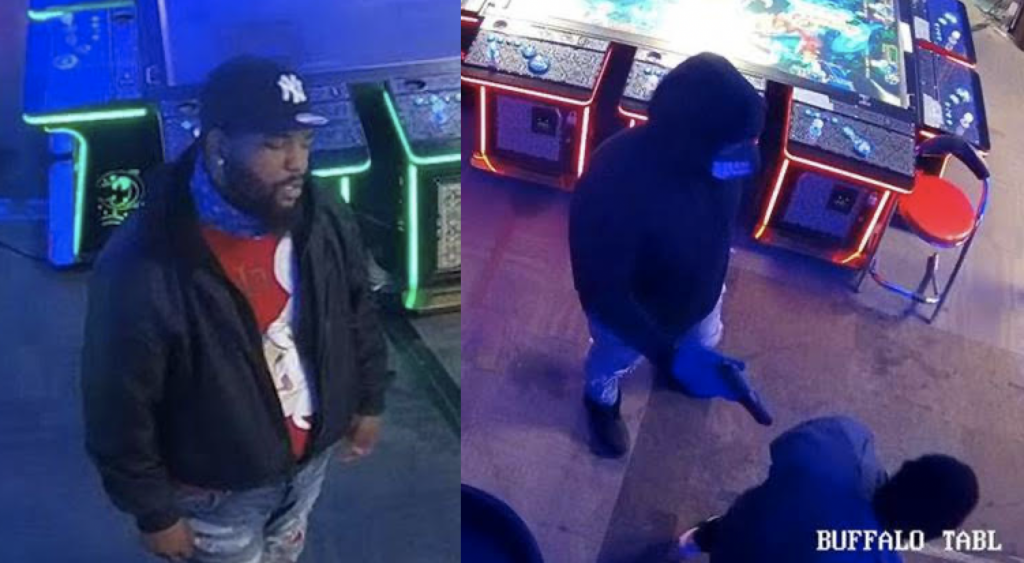 CHARLOTTE, N.C. — Detectives are asking for the public’s help in identifying two suspects involved in an armed robbery that occurred early Tuesday morning at the Fish Kiss Arcade in east Charlotte.

Around 3 a.m. on November 23rd, officers say two suspects entered the arcade on The Plaza and demanded property from the victims by the threat of a firearm.

Detectives say suspect 1 was armed with the firearm and was last seen wearing a dark hoodie, ripped blue jeans, blue gloves, a black mask with white writing, and black boots.

Detectives say suspect 2 was a Black man with a beard and was last seen wearing a dark jacket, a red t-shirt, blue jeans, and a New York Yankees hat.

Anyone who recognizes the suspects above is asked to call 911 immediately or to leave a tip with Crime Stoppers at 704-334-1600 or http://charlottecrimestoppers.com/.