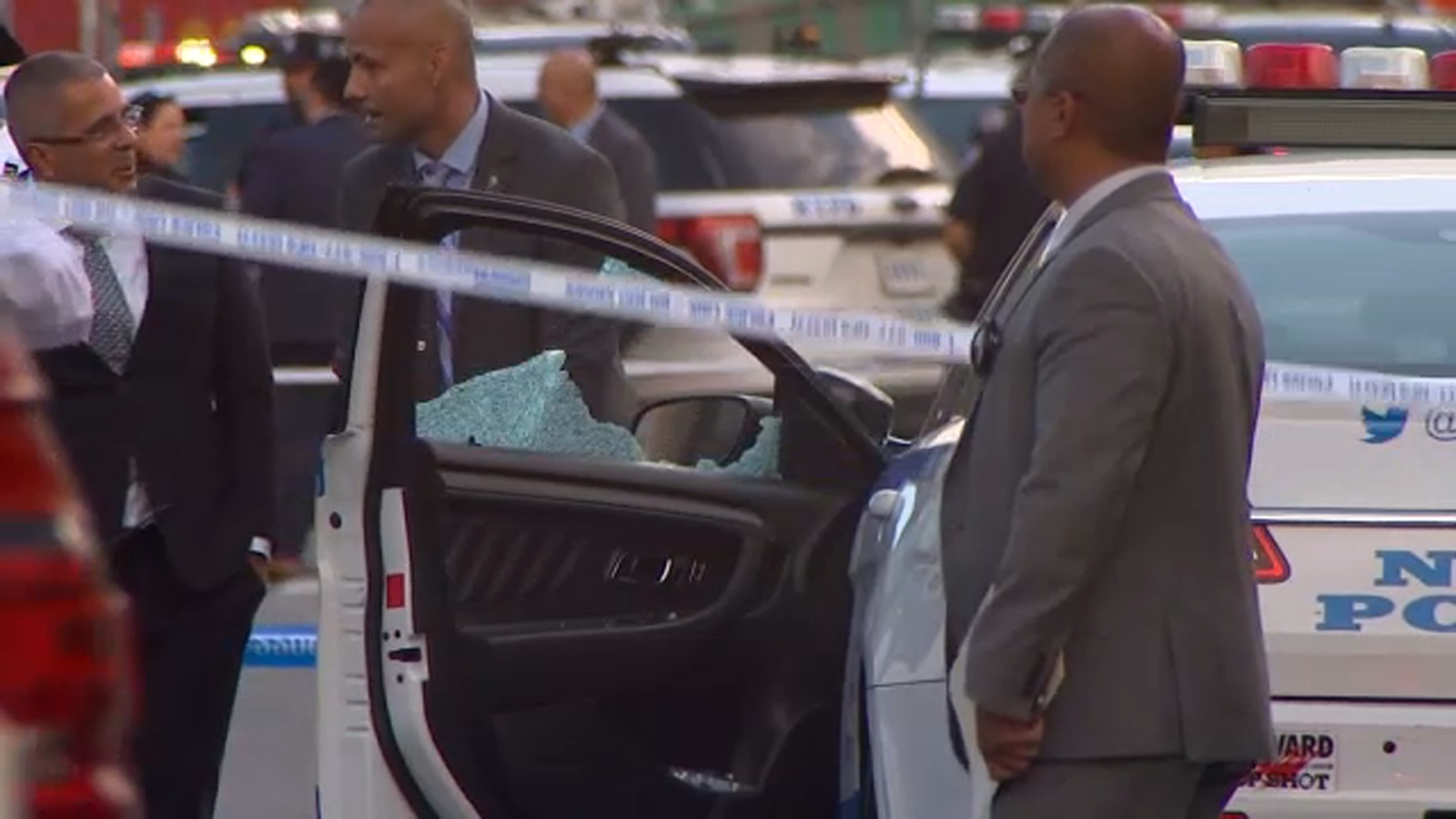 BROWNSVILLE, Brooklyn (WABC) — A police officer’s arm was grazed by a bullet near the intersection of Pitkin Avenue and Legion Street in the Brownsville section of Brooklyn Thursday.

Officials say officers were responding to a call of shots fired between two groups at the location.

As they arrived, shots were still being fired and one of the bullets hit the police cruiser, hitting the officer in the left arm.

He was taken to Kings County Hospital.

New York City Mayor Eric Adams said the officer’s injury appears to be non-life threatening, but says this is another example of “too many guns in the hands of too many people that are doing dangerous things.”

Police say the injured officer has been on the force for five years and is assigned to the 73rd precinct.

A police official said a gun was recovered at the scene that may be related.

No one is in custody at this time.

This is breaking news. This story will be updated as more information becomes available.
———-
* More Brooklyn news
* Send us a news tip
* Download the abc7NY app for breaking news alerts
* Follow us on YouTube
Submit a News Tip