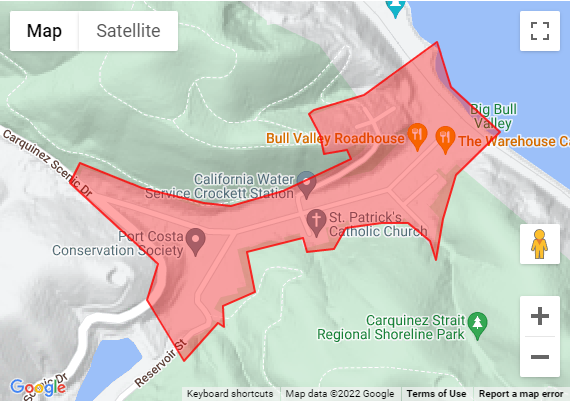 PORT COSTA, Calif. (KRON) — The Crockett-Carquinez Fire Department said there was an immediate threat to homes after a brush fire broke out on Thursday afternoon. Fire officials said residents were on a stand-by order for evacuations.

People living in the red area in the map below are under evacuation warnings.

The fire started at about 2:30 p.m. It has burned 20 acres, according to Cal Fire. It has been named the Scenic Fire.

This is a developing story. Stay with us for updates.