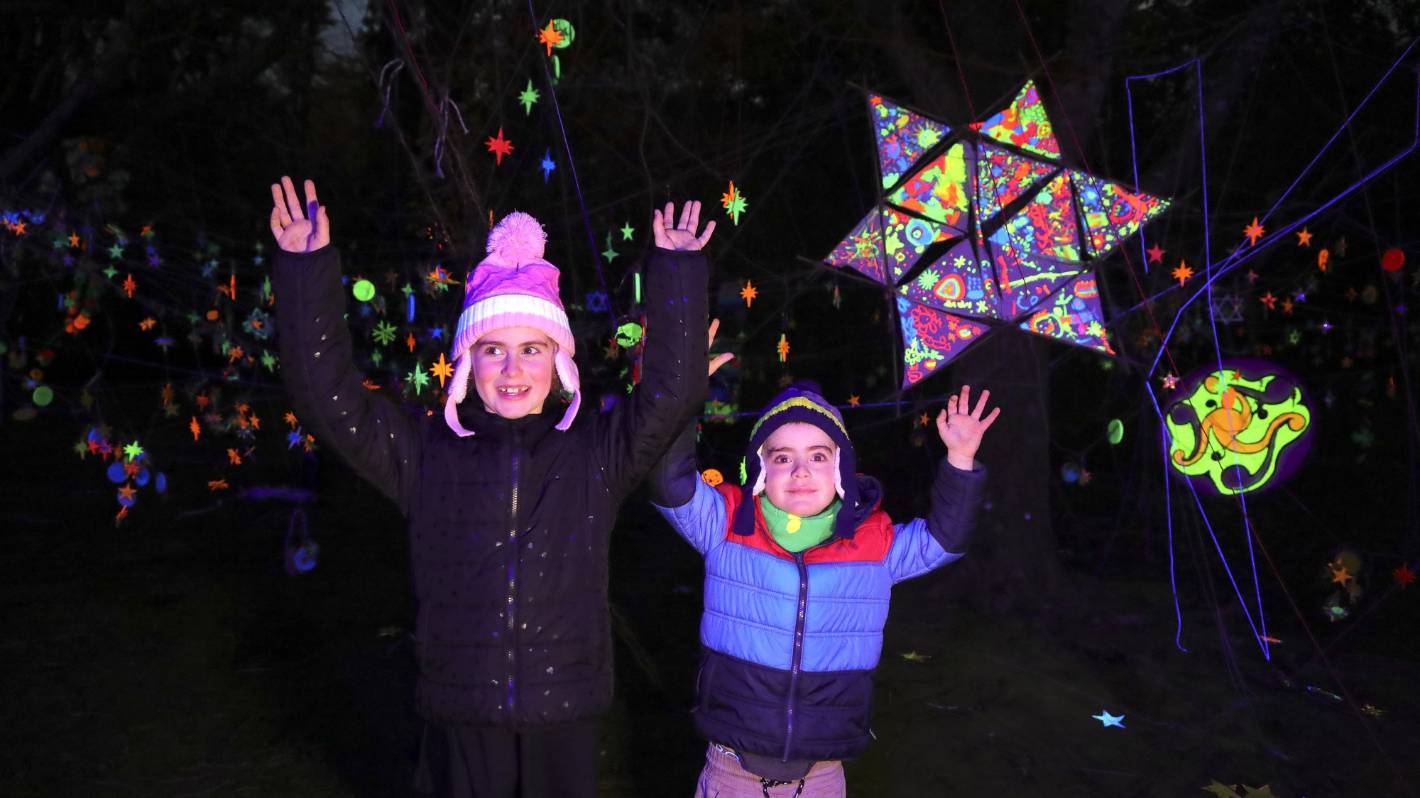 The award-winning Murihiku Matariki Festival in Queen’s Park is back on its fourth year, and the lay-out has changed to accommodate more people.

The Tūturu Charitable Trust with local and national supporters runs the event, and chairperson Lisa Tou-McNaughton said it was amazed last year by the number of people who attended the festival.

Matariki refers to the star cluster also known as Pleiades, which disappears from view at the beginning of the cold months. When the stars reappear in the pre-dawn sky in the middle of winter, it signals the Māori New Year.

The theme for this year’s festival is ‘Our Lost Taonga (Treasures) and Our Living Taonga’.

“We remember lost Taonga such as the Haast Eagle, Taniwha and those close to us who have passed away. We also celebrate living Taonga such as our whānau and tuna,” Tou-McNaughton said.

READ MORE:
* Waitomo cave cathedral’s underground sound ends week-long tribute to Matariki above
* Matariki celebrations illuminate the land – while Govt will shine more light into our use of the sea.
* ‘Have a go’ at playing a traditional game of the Pacific

This year, for the first time in Aotearoa New Zealand, the day has been marked as a public holiday.

There are 100 artists’ work on display at the festival; mixture of veterans such as Phil Newbury to up-and-coming artists.

Tou-McNaughton said there was many new exhibits this year as well, such as a Pohutukawa tree and Kia manawa Tīti- Sails, which has been completed by different community organisations

“One of the trust’s purposes is to encourage participation, understanding and appreciation by the community of Matariki celebrations.

“Sharing tikanga, pūrākau and celebration in Mātauranga Māori,” she said.

A giant projection was displayed on the pyramid rooftop of Southland Museum and Art Gallery.

“The giant projection on the pyramid is the story of the Tuna, a taonga that is sacred to Māori and other Pacific Peoples,” Tou-McNaughton said.

Dacre had learned about Matariki at school.

“Waitī is connected to the fresh water,” he said.

The Green siblings were singing songs in te reo Māori in the car on their way to the festival, Butler said.

The festival runs until Tuesday.