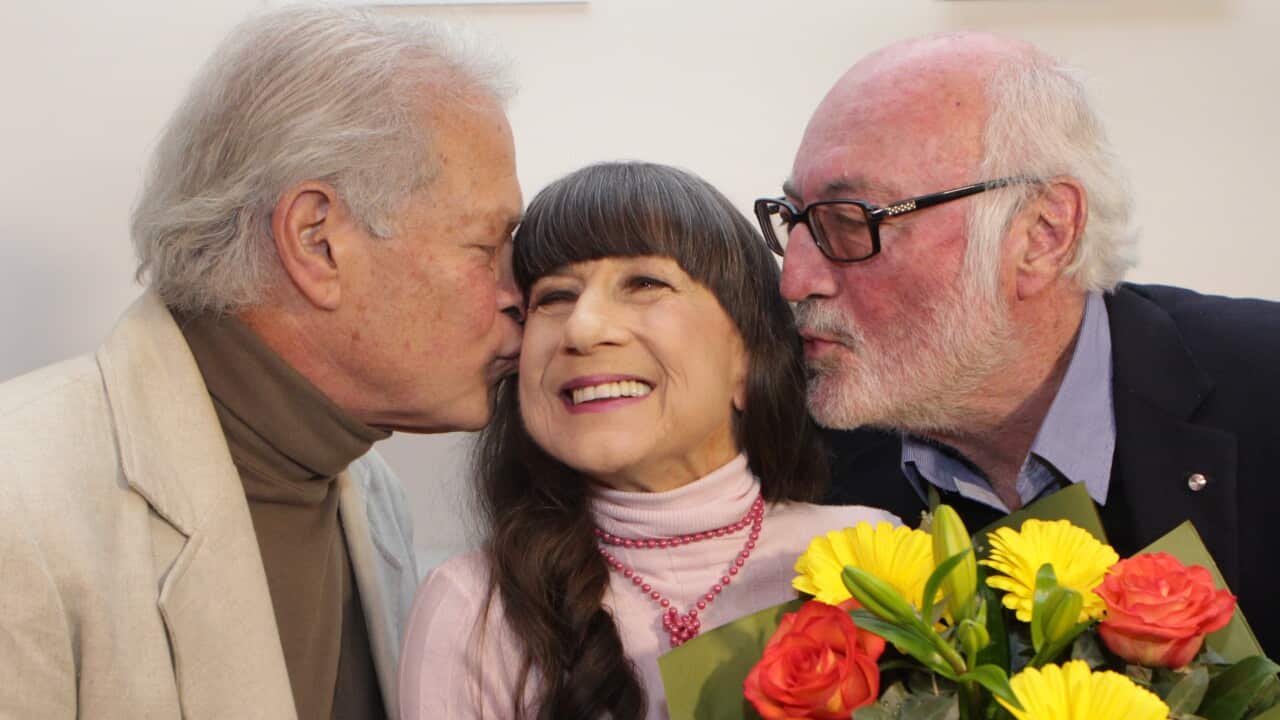 Tributes have flowed for folk music icon and much-loved Australian entertainer Judith Durham, who died in Melbourne aged 79.
Durham died in palliative care on Friday night after complications from a long-standing lung disease, her management said.
Durham made her first recording at 19 and later achieved worldwide fame as the lead singer of The Seekers after joining the group in 1963.

The group of four became the first Australian band to achieve major chart and sales success in the United Kingdom and the United States, eventually selling 50 million records.

Durham embarked on a solo career in 1968 but recorded with The Seekers again in the 1990s. In 2015, she was honoured as Victorian of the Year.
Members of The Seekers paid tribute to their “shining star”.
Her bandmates – Keith Potger, Bruce Woodley and Athol Guy – said their lives had been changed forever by losing “our treasured lifelong friend and shining star”.
“Her struggle was intense and heroic, never complaining of her destiny and fully accepting its conclusion. Her magnificent musical legacy Keith, Bruce and I are so blessed to share,” they said in a statement on Saturday.

Durham made her first recording at 19 and later achieved worldwide fame after joining The Seekers in 1963.

Durham embarked on a solo career in 1968 but recorded with The Seekers again in the 1990s.
Durham’s sister Beverley Sheehan spoke of the siblings’ shared love of music.
“Judith’s joy for life, her constant optimism, creativity and generosity of spirit were always an inspiration to me,” Ms Sheehan said.
Durham’s death in palliative care after a brief stay in Melbourne’s Alfred Hospital was a result of complications from a long-standing chronic lung disease, Universal Music Australia and Musicoast said in a statement on Saturday.

“This is a sad day for Judith’s family, her fellow Seekers, the staff of Musicoast, the music industry and fans worldwide, and all of us who have been part of Judith’s life for so long,” The Seekers management team member Graham Simpson said.

Prime Minister Anthony Albanese hailed Durham as “a national treasure and an Australian icon”.
“Judith Durham gave voice to a new strand of our identity and helped blaze a trail for a new generation of Aussie artists,” Mr Albanese said on Twitter on Saturday night.
“Her kindness will be missed by many, the anthems she gave to our nation will never be forgotten.”
Durham gained international fame with upbeat hits like “Georgy Girl” and a series of covers and collaborations with the likes of Paul Simon.

“Once, the best known Australian voice was Judith Durham’s”, said arts minister Tony Burke. “With The Seekers and solo Judith earned her place as an icon of our music”, he added.

Opposition Leader Peter Dutton paid tribute to Durham as someone who “gave voice to more than one generation of Australians through words of universal appeal, carried by melodies that, once heard, became fixed in our memories”.
“Durham demonstrated in song after song, concert after concert, how the human voice can reach, and move, every one of us,” Mr Dutton said in a statement.
“Her language was uniquely Australian, and her voice a gift of universal beauty.”
Victorian Premier Dan Andrews said the Essendon-born musician “went on to conquer the music world both here in Australia and overseas”.

“With her unique voice and stage presence leading The Seekers, the band became one of Australia’s biggest chart toppers,” Mr Andrews said on Twitter.

Durham, born in Essendon on 3 July, 1943, was well prepared for a career in music, if not exactly pop.
The second daughter of World War Two airman William Cock and his wife Hazel gained a music degree studying classical piano at Melbourne University after returning from Hobart, where the family lived for seven years in the 1950s.

She started singing with the Melbourne Uni Jazz Band at 18 and within a year, using her mother’s maiden name, made her first record, an EP for W&G with Frank Traynor’s Jazz Preachers.

Life changed for The Seekers when they sailed to England in 1964 on the SS Fairsky, performing on board and literally “singing for our supper”, as Mr Durham recalled, on what was supposed to be a 10-week trip.
The sexual revolution was underway, but Durham’s “trendsetting idol” was the Queen.
“I’d have my matching handbag and matching gloves,” she said.
“I would go to great pains to do that and make my own clothes to suit. I was not at all tuned into the London dolly birds and Carnaby Street.”

In 1967, The Seekers set another record when they drew more than 200,000 people – almost 10 per cent of Melbourne’s entire population – to a concert at the Myer Music Bowl. They were also named Australians Of The Year.

The Seekers performing in Canberra during their Golden Jubilee tour on Friday, 3 May 2013. Source: AAP / ALAN PORRITT

When the bubble burst the following year, it was Durham holding the pin.

On a tour of New Zealand, she gave six months’ notice, honouring an agreed pact, to pursue a solo career, oblivious to the shock caused to both her colleagues and their fans.
A year later, she asked London-based freelance musician Ron Edgeworth to be her musical director, pianist and arranger.
He also became her soul mate. They married and enjoyed 25 wonderful years together before he died in 1994 of motor neuron disease, Durham becoming a patron of the association fighting for its sufferers.
Fans of The Seekers finally got their wish when Durham reunited with “the boys” for a 25-year reunion tour which sparked an intermittent series of performances and recordings throughout the 1990s and into the new century.
The Seekers’ Golden Jubilee Tour was cruelly halted in 2013 when Durham suffered a brain haemorrhage.
She spent six weeks in intensive rehabilitation in a Melbourne hospital and had to learn again to read music and play the keyboard. Fortunately, her singing was unaffected, and doctors gave her the okay to resume touring.
She marked her 75th birthday in 2018 with her first solo studio album in six years, So Much More.

She said when she sang the track You Are My Star, “my vision is of the whole universe surrounded by the love in my heart. It’s a love that defies time and space to encompass everything”.