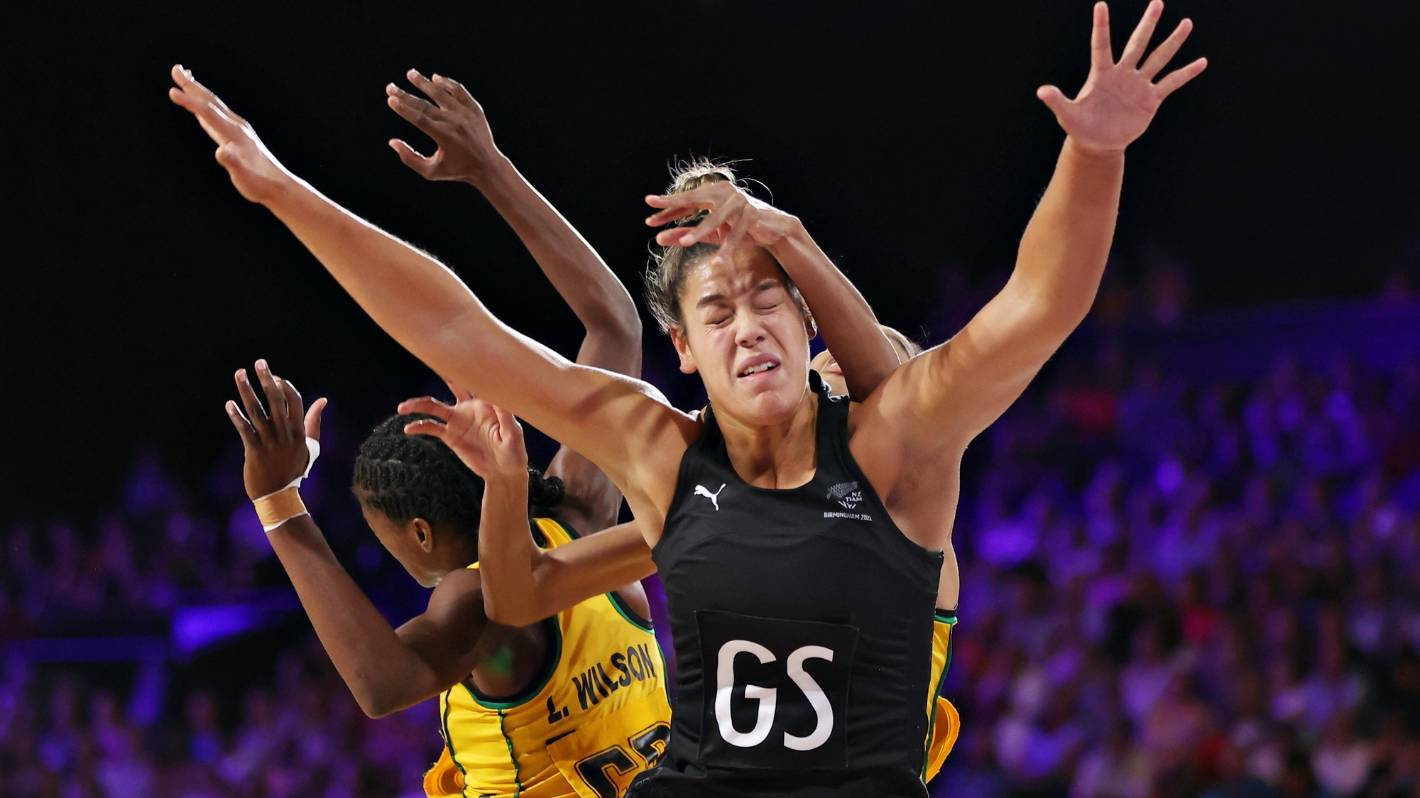 The Silver Ferns look likely to miss a medal at the Commonwealth Games for the second time in succession.

New Zealand were no match for Jamaica and star shooter Jhaniele Fowler in their women’s netball semifinal in Birmingham on Saturday night (NZ time), going down 67-51 – their heaviest loss since the same stage four years ago.

That consigned them to a bronze medal playoff match on Monday morning (NZ time) against the losers of the second semifinal between hosts and defending champions England and Australia.

In front of a packed and noisy crowd of 9500 despite the early start (9am UK time), the Silver Ferns were second-best from the opening whistle as Fowler, a former standout with the Southern Steel netted all 54 of her shots before being replaced late in the final quarter with the result beyond doubt.

At the 2018 Commonwealth Games, New Zealand were hammered 65-44 by Australia in the semifinals and then missed a medal when Jamaica defeated them in the bronze medal playoff. The disappointing campaign brought about the end of Janine Southby’s time as coach.

“We had some simple errors – defensive contacts, missed shots, throwing away the ball on attack and Jamaica are a team that are hard to get the ball off anyway,” NZ skipper Gina Crampton said.

“I don’t think we came out flat – I think it was just silly little errors, and I guess that’s individual responsibility.”

A combination of injuries and unavailability saw New Zealand enter the tournament with a team short of top-drawer talent and light on experience at big events.

They made a nervous start with Wilson missing her first shot at goal from close range and soon fell four behind the Sunshine Girls, playing with confidence after their upset win over Australia.

Jamaica ended the quarter with a huge 18-9 lead and increased that advantage in the second quarter before coach Dame Noeline Taurua replaced Fitzpatrick with Kelly Jury to try and counter Fowler’s impact. Kayla Johnson also came off the bench in place of Heffernan but when Jamaica swept the length of the court to score just before the break, the game was as good as over.

“We can’t be putting ourselves that may goals down at the start, it’s just too hard,” Crampton said.

Grace Nweke replaced Wilson after the major break and she gave the World Cup winners a presence and seems a likely starter in the quest for bronze.

“It hurts a lot,” Crampton said of the crushing defeat.

“I thought everything we had done was right – all the progress we’ve made over the past couple of weeks to get us to this point.

“Not showing what we’re capable of is really disappointing.”