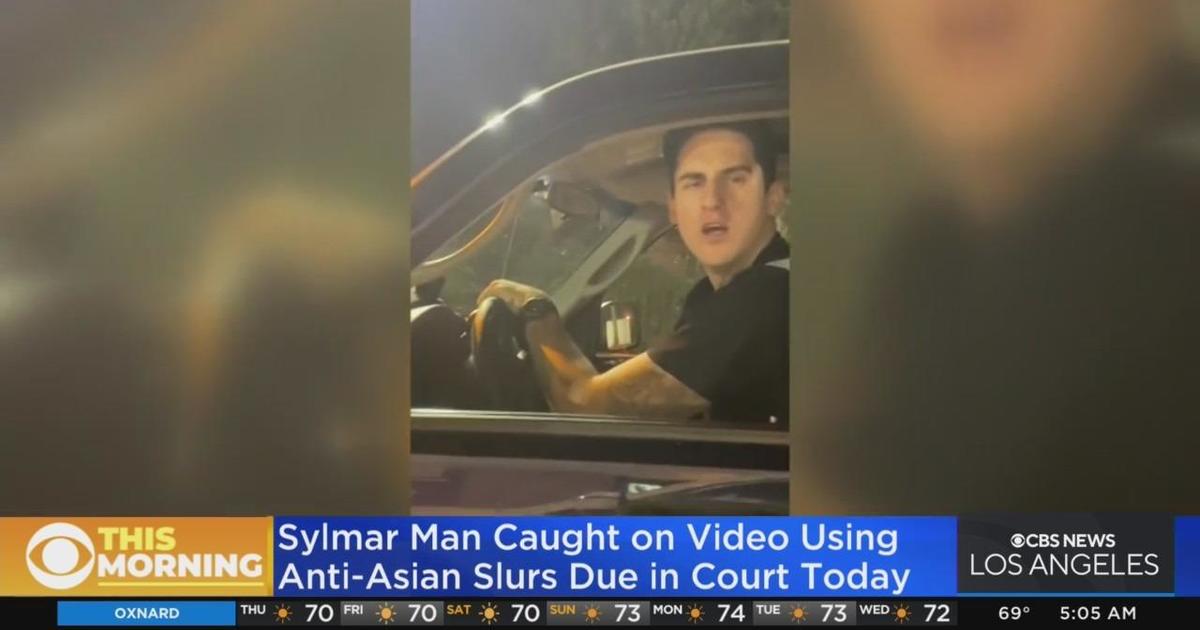 A Sylmar man wanted in connection with an apparently racially-fueled attack in North Hollywood, where a Filipino family was tormented and physically assaulted, was scheduled for arraignment Thursday morning.

The suspect, now identified as 31-year-old Sylmar resident Nicholas Weber, was arrested in Orange County on unrelated charges earlier this week, and will appear in court after skipping out on his initial arraignment on June 8.

According to CBS reporters at the Van Nuys courthouse where the hearing was supposed to take place, Weber again failed to appear.

Back on May 13, Nerissa Roque and her daughter, Patricia, were sitting in the drive thru off the North Hollywood McDonald’s located on Victory Boulevard, when they were rear-ended by a Jeep in line behind them.

The women called 9-1-1 and Nerissa’s husband, Gabriel, for help, as they were worried that the man was going to hurt them, or worse.

“Definitely threatening to kill us,” said Patricia, during an earlier interview with CBS LA. “Honestly, I thought it was going to end with that.”

Cellphone footage shows Weber driving by the women on separate occasions, shouting racial slurs at them out of his car window, including “You’re so Asian” and “I kill you.”

Weber then attempted to open the doors of the women’s vehicle, when Gabriel Roque and several other bystanders tried to fight him off.

In the ensuing altercation, Gabriel, 62, sustained a broken rib and Nerissa was struck in the chest.

Though he wasn’t arrested at the scene, Weber was later arrested on suspicion of battery and assault with serious bodily injury. Initially scheduled for arraignment on June 8, where he failed to appear, prompting the issuing of a warrant for his arrest.

In a public statement, Nerissa who has since disclosed how traumatizing the incident was, said, “This was the most traumatic experience of our lives. I feared that the suspect would kill us because of what we looked like — because we are Asian.”

Los Angeles County District Attorney George Gascón also issued a statement on assault, after the Roque family and Filipino immigrant-support groups gathered for a rally outside of his office.

In part, the statement said, “The unprovoked assault on members of our community is wrong and will not be tolerated. Our message against violence and racial hatred must be loud and clear. We will hold accountable the people who commit hate crimes in Los Angeles County.”

The CBS LA Staff is a group of experienced journalists who bring you the content on CBSLA.com.