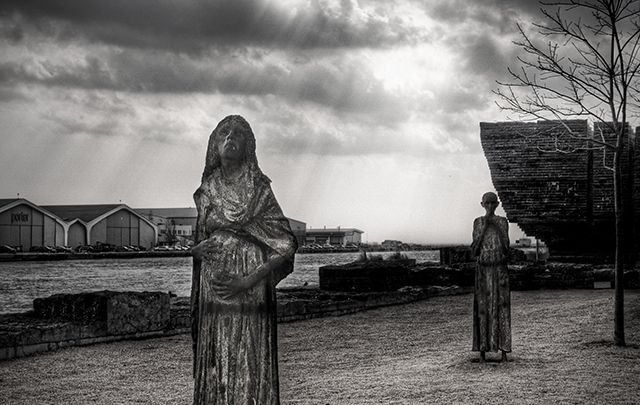 A Canadian doctor who died while caring for Ireland’s Great Hunger victims was honored by the city of Toronto in 2021 with the opening of a new park.

He died as the chief attending surgeon at the Toronto Emigrant Hospital, having assumed the role less than a month before his untimely death.

A new park in Toronto was named after Grasett in 2021 in honor of all those who died while tending to sick Irish emigrants in the 1840s.

Dr. George Robert Grasett Park was built on the same plot of land as Toronto’s first brick hospital at the intersection of Adelaide Street West and Widmer Street.

Grasett was on the frontlines of the response to a very serious health crisis in Toronto in 1847 when almost 40,000 Irish emigrants landed in the city throughout the year. Toronto had a population of just 20,000 at the beginning of 1847, according to the Irish Times.

Typhus, a disease that had no known cure in 1847, spread rapidly in the cramped and unhygienic conditions of the famine ships, meaning that the Irish fleeing the Great Hunger back home now faced an almost equally serious health emergency.

Typhus was so widespread on Irish famine ships that US ports were closed to the Irish throughout 1847, leading almost 100,000 migrants to Canada.

City authorities planned to construct a purpose-built emigrant hospital to deal with the crisis but a lack of time and money forced them to repurpose Toronto General Hospital as the city’s emigrant hospital.

There were over 800 patients in the hospital by August 1847, with hundreds of temporary shed-like structures built on the adjacent land to house the growing number of patients.

A member of a prominent Anglican family, Grasett showed compassion to reach out and help predominately Catholic Irish emigrants and, along with his colleagues, he played a critical role in the care of the sick Irish.

Dr. George Robert Grasett Park was scheduled to open in 2020, but the emergence of the COVID-19 pandemic has pushed the opening back until the summer of 2021.

However, the Ireland Park Foundation, which helped to bring about the park’s opening, said that it still wanted to mark the occasion of Grasatt’s death and provide inspiration during the current global health crisis.