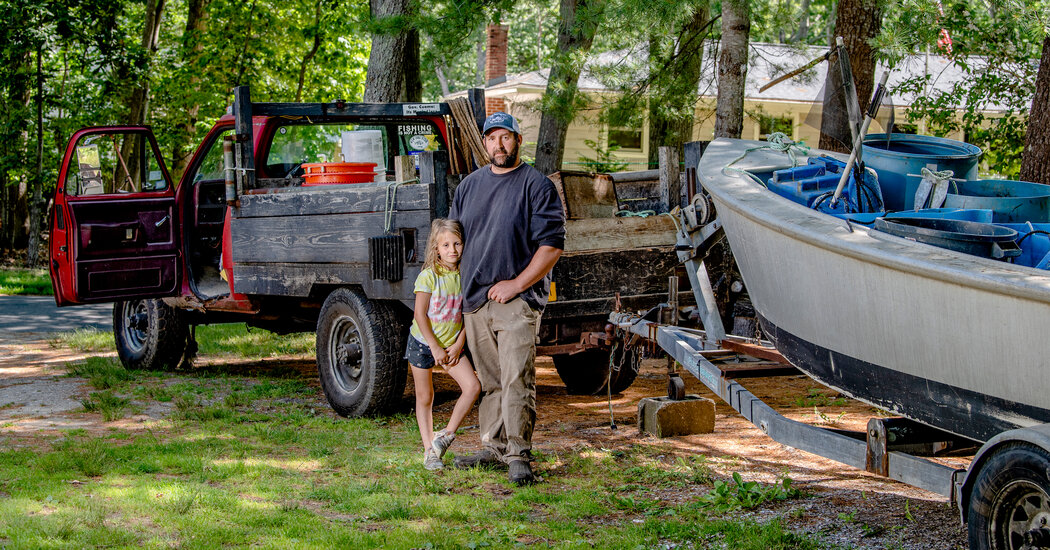 But the homeowners, represented by Stephen R. Angel and James M. Catterson, argue that upholding the historical right to fish is merely an attempted workaround for increased — and out of control — vehicular access. What’s to keep anyone from parking his car on the beach, sticking a fishing rod in the sand and claiming himself a fisherman, many of them say.

Mr. Rodgers, who has represented many local fishermen over the years, and who has sometimes been paid in bay scallops, said his clients had become marginalized and rendered nearly invisible. “They’re in the fight of their lives for their very existence as ocean fishermen,” he said. “If they lay down now, it’s over.”

But the Napeague homeowners caution that a history lesson is in order. Especially after Ken Silverman, one of the residents who has led the charge against the trucks, started to do some digging in the local archives. In 2005, Mr. Silverman began poring over trustee records and handwritten deeds going back to the 1800s at the Suffolk County Clerk’s office in Riverhead.

He discovered that in the 1880s, when the town’s trustees were debt-ridden and on the verge of bankruptcy, they sold some 1,000 acres of Napeague land to Arthur W. Benson, a real estate developer and avid sports fisherman. As a condition of the sale, the trustees retained a reservation — the famous easement still being debated in court today — to continue to land boats and spread nets and cart fish to and from the beach.

Mr. Silverman said that what he unearthed proved that the town trustees did not own the beach, and depending on how one interpreted the easement, did not have the right to allow people to drive on it.

Based on his discovery, the homeowners sued the town and its trustees in 2009, citing the 1880s sale, known as the Benson Deed, as proof that the deeds to their properties included ownership of the beach. In 2016, after losing that first lawsuit, 110 homeowners dug in their heels. Five years and one appeal later, the court reversed its decision and ruled on their side. The 2021 verdict: The homeowners own the beach and vehicular use is not permitted by the reservation.