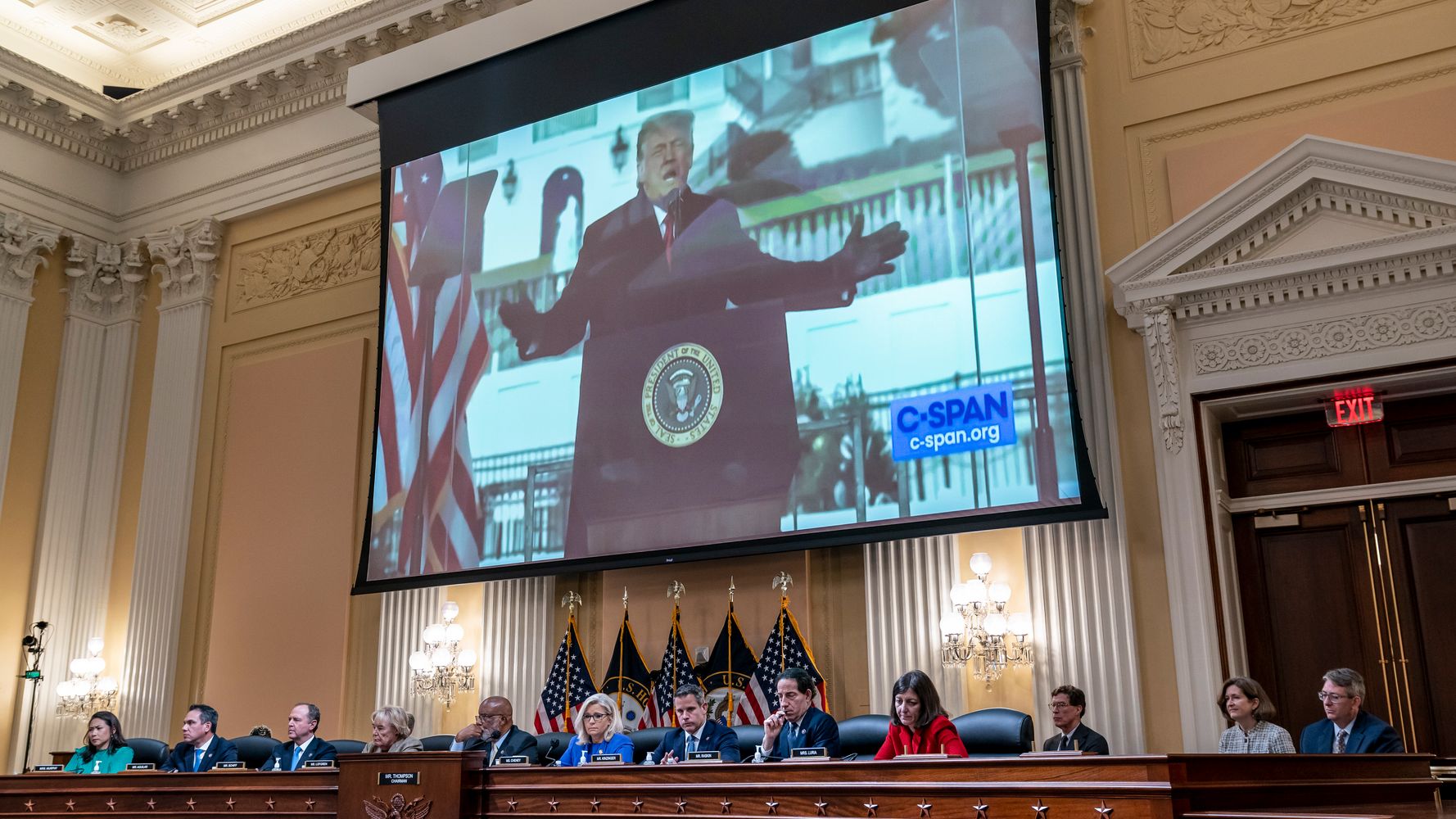 WASHINGTON — Donald Trump tried to subvert the Justice Department into supporting his scheme to overturn democracy and remain in power but backed off when his own appointees there threatened to resign en masse, the Jan. 6 committee began laying out in testimony Thursday.

Trump had wanted to install a department lawyer willing to lie for him in letters to a half-dozen states where Trump had narrowly lost to Democrat Joe Biden. The letters falsely claimed that the department had found evidence of voter fraud and urged state officials to reverse Biden’s victory.

Because acting Attorney General Jeffrey Rosen refused to send out the false letters, Trump wanted to fire him and replace him with Jeffrey Clark, who headed the department’s environmental division but whose eagerness to carry out Trump’s demands was brought to his attention by Pennsylvania Republican Rep. Scott Perry.

At a White House meeting with Trump, though, Rosen’s deputy, Richard Donoghue, told Trump that he and others in top leadership would all resign in protest should he follow through. Trump wound up backing down.

“He wanted the Justice Department to help legitimize his lies,” said committee Chair Bennie Thompson, a Democrat from Mississippi.

Testifying Thursday are Rosen, Donoghue and Steven Engel, the former head of the department’s Office of Legal Counsel.

Prior to Trump’s overt attempt to install a pro-coup official to run the department, he had repeatedly pressured his hand-picked Attorney General Bill Barr into pursuing “fraud” investigations that would help him delegitimize the election results in a handful of states he had narrowly lost.

Barr — who on numerous previous occasions had zealously defended Trump’s actions, including when he falsely stated that special counsel Robert Mueller’s investigation had effectively cleared the president of wrongdoing — told Trump his post-election demand was out of line, he told committee investigators.

“I said, you know, that has to be the campaign that raises that with the state,” Barr said in videotaped testimony revealed in the committee’s June 13 hearing. “The department doesn’t take sides in elections, and the department is not an extension of your legal team.”

Thursday’s was the fifth in the series of public hearings the select committee has held this month to lay out in detail Trump’s attempt to remain in power that led to the Jan. 6 attack he incited on the U.S. Capitol. The committee had originally planned to wrap up the hearings in June, with a final report later this summer or autumn. But Thompson told reporters Wednesday that with so much new information coming to the panel in recent days — from new video of interviews with Trump himself to more of his White House’s documents from the National Archives — the committee would resume hearings in mid-July after Congress’ July 4 recess.

Trump, despite losing the election by 7 million votes nationally and 306-232 in the Electoral College, became the first president in more than two centuries of elections to refuse to hand over power peacefully. His incitement of the Jan. 6 assault on the Capitol — his last-ditch attempt to remain in office — killed five, including one police officer, injured another 140 officers and led to four police suicides.

Nevertheless, Trump remains the dominant figure in the Republican Party and is openly speaking about running for the presidency again in 2024.

In statements on his personal social media platform, Trump has continued to lie about the election and the Jan. 6 committee’s work, calling it a “hoax” similar to previous investigations into his 2016 campaign’s acceptance of Russian assistance and his attempted extortion of Ukraine into helping his 2020 campaign.