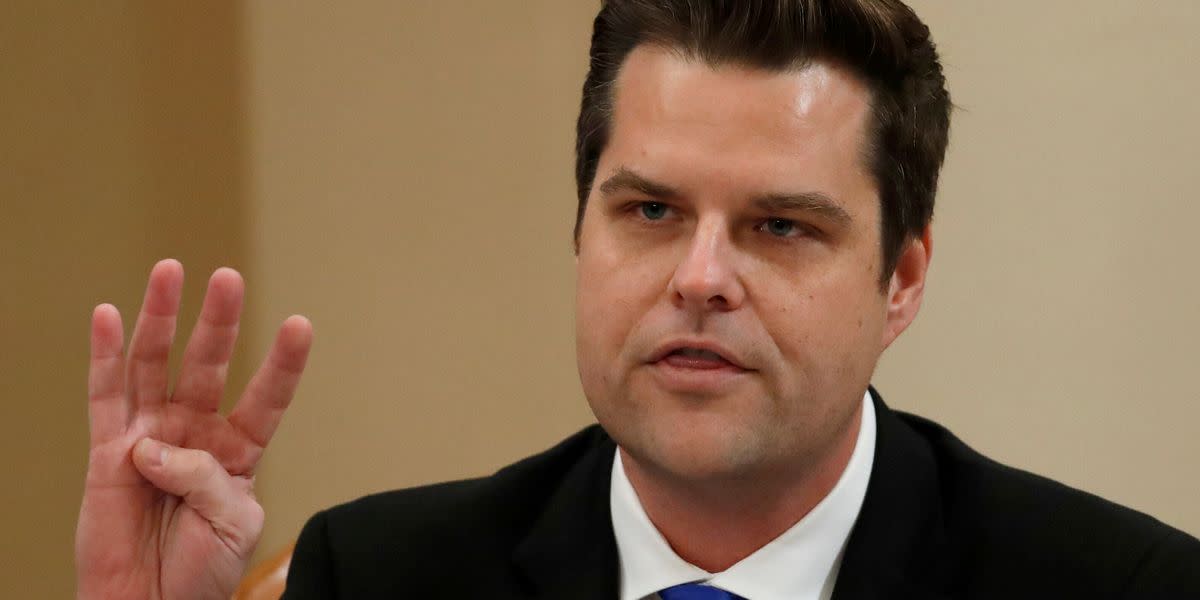 It happened after the House select committee investigating the Jan. 6, 2021, attack on the U.S. Capitol revealed that the lawmaker was one of at least five members of Congress who attempted to get pardons from then-President Donald Trump for their roles in helping Trump attempt to overturn the 2020 presidential election.

But Gaetz wanted his pardon to be a lot broader than his role in Trump’s election fraud, according to Cassidy Hutchinson, a former aide to White House chief of staff Mark Meadows.

She told the committee that Gaetz had been pushing for a pardon since early December, according to Business Insider.

Former White House senior adviser Eric Herschmann told the committee that the “general tone” of the pardon request revolved around the idea that “We may get prosecuted because we were defensive of, you know, the president’s positions on these things.”

However, Herschmann noted that the pardon Gaetz was angling for may have been intended to also protect him from the sex trafficking investigation swirling around him.

“The pardon that he was discussing, requesting, was as broad as you could describe, from… the beginning of time up until today, for any and all things,” Herschmann told the committee.

After the revelation, Gaetz posted on Twitter to accuse the committee of being “an unconstitutional political sideshow” that is “rapidly losing the interest of the American people and now resorts to siccing federal law enforcement on political opponents.”

Many Twitter users responded with variations on the same joke.

Others pointed out that innocent people rarely request pardons.

One person had a pertinent question for the congressman.

This article originally appeared on HuffPost and has been updated.