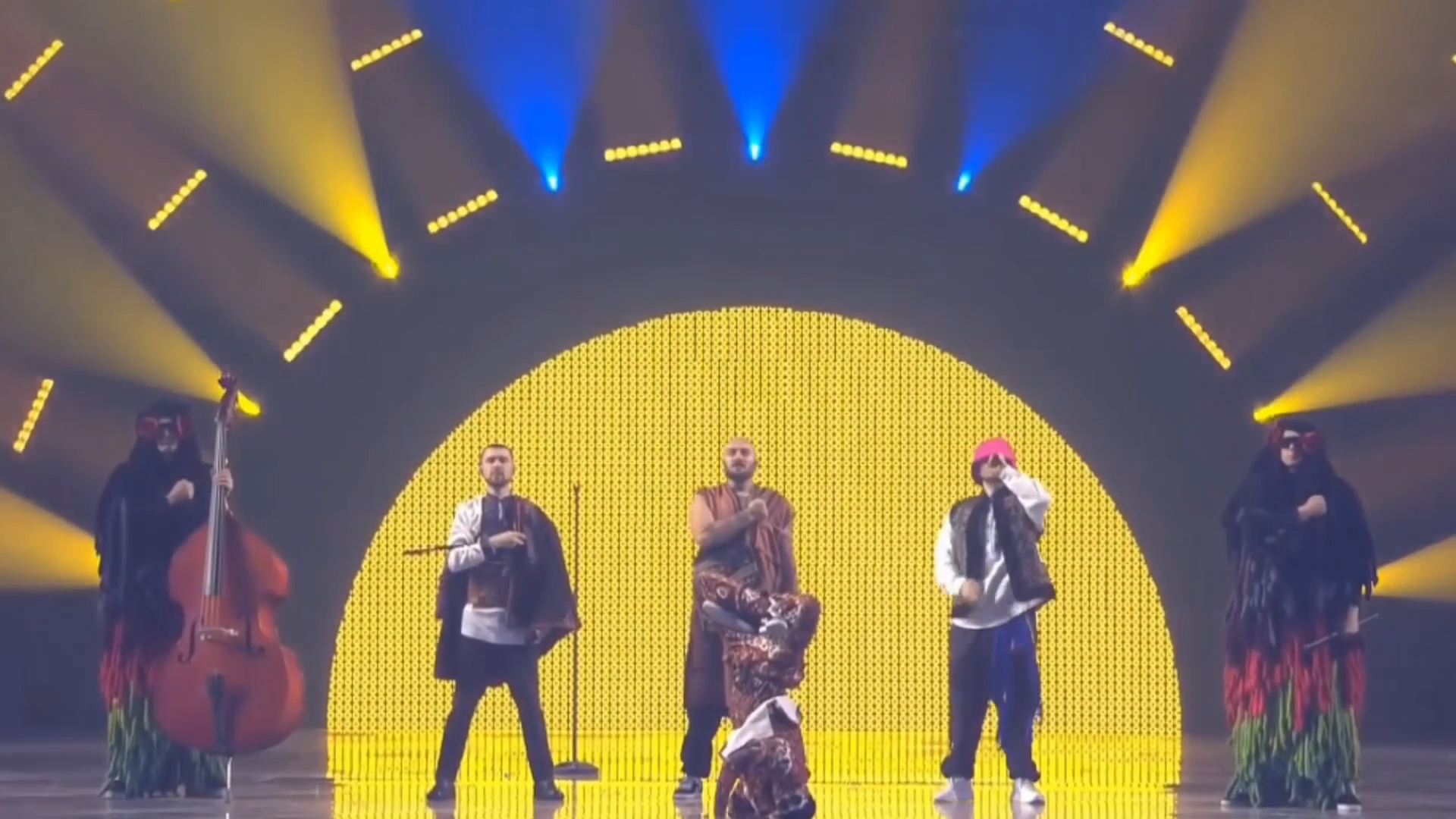 Their blend of folk music and hip hop, combined with widespread opposition to the Russian invasion, led Ukrainian band Kalush Orchestra to victory at this year’s Eurovision Song Contest.

The group are now in the UK and heading to Glastonbury – where they will be playing in the early hours of Saturday.

I caught up earlier with frontman Oleg Psiuk to talk about their first gig here, and that Eurovision win.