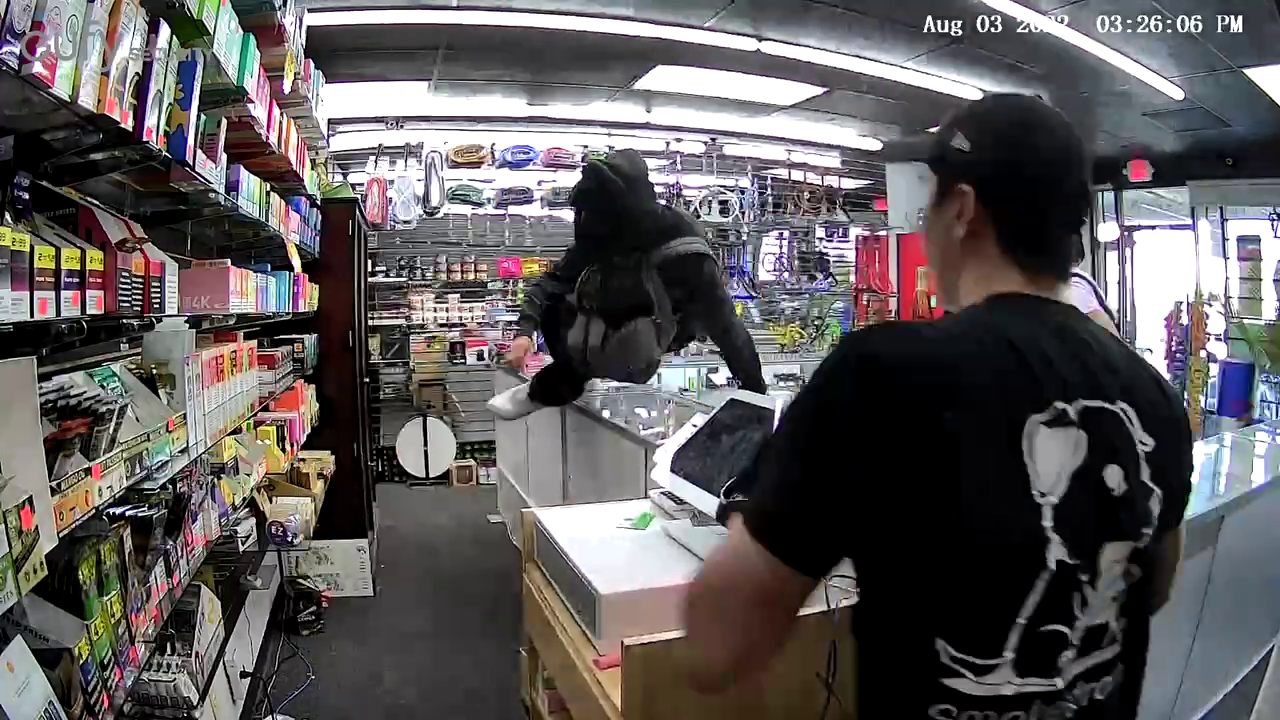 In a dramatic surveillance video, the owner of a Las Vegas-area smoke shop appears to defend himself with a sharp object from three would-be thieves – identified only as juveniles – after one of them jumped the counter, KTLA sister station KLAS reports.

This happened at the Smokestrom Smoke Shop on West Sahara near Decatur on Wednesday, Aug. 3.

One of the juveniles is seen grabbing what appears to be a mug off the counter by the cash register and walking toward the door. Nguyen is heard telling the juvenile that he could take it but to please “leave the coins.”

The juvenile is seen reaching over the case and grabbing something else, turning and running out the door.

The other juvenile is seen jumping over the glass case, at which point Nguyen, who can be seen in the video grabbing a sharp object from next to the register, runs at him and apparently stabs him at least seven times.

The masked juvenile who was stabbed can be heard screaming “I’m dead, I’m dead” before collapsing to the floor.

Nguyen is then seen dropping the masked juvenile near the front door and calling 911. The juvenile who was stabbed can be heard asking the owner “don’t let me die.”

Police have arrested the juveniles who are seen apparently trying to rob the store, and the person who was stabbed was taken to the hospital.