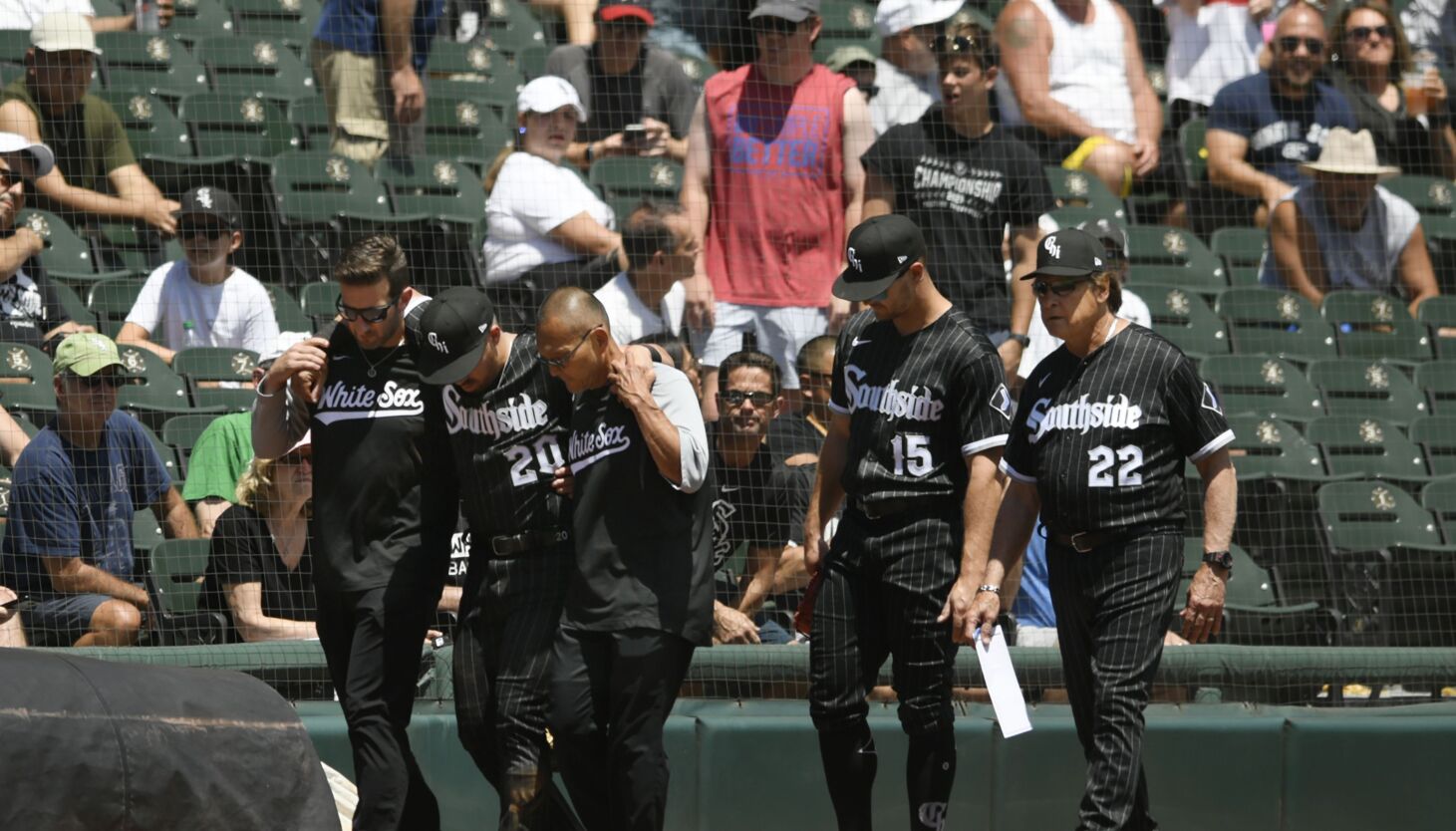 Injuries have again force the White Sox to juggle their roster.

Shortstop Danny Mendick and right fielder Adam Engel were both placed on the 10-day injured list. The team said Mendick has a torn ACL in his right knee, and Engel is dealing with a strained right hamstring.

Mendick injured his knee in the second inning of the Sox’ 9-5 loss to the Blue Jays on Wednesday and had to be helped off the field after a collision in foul territory with left fielder Adam Haseley.

Engel left the game in the next inning.

Mendick was running down a pop fly off the bat of the Blue Jays’ Santiago Espinal when Haseley, running over from left field, crashed into him after making the catch.

The Sox called up Gavin Sheets from Triple-A Charlotte and selected the contract of infield prospect Lenyn Soaa from Double-A Birmingham.